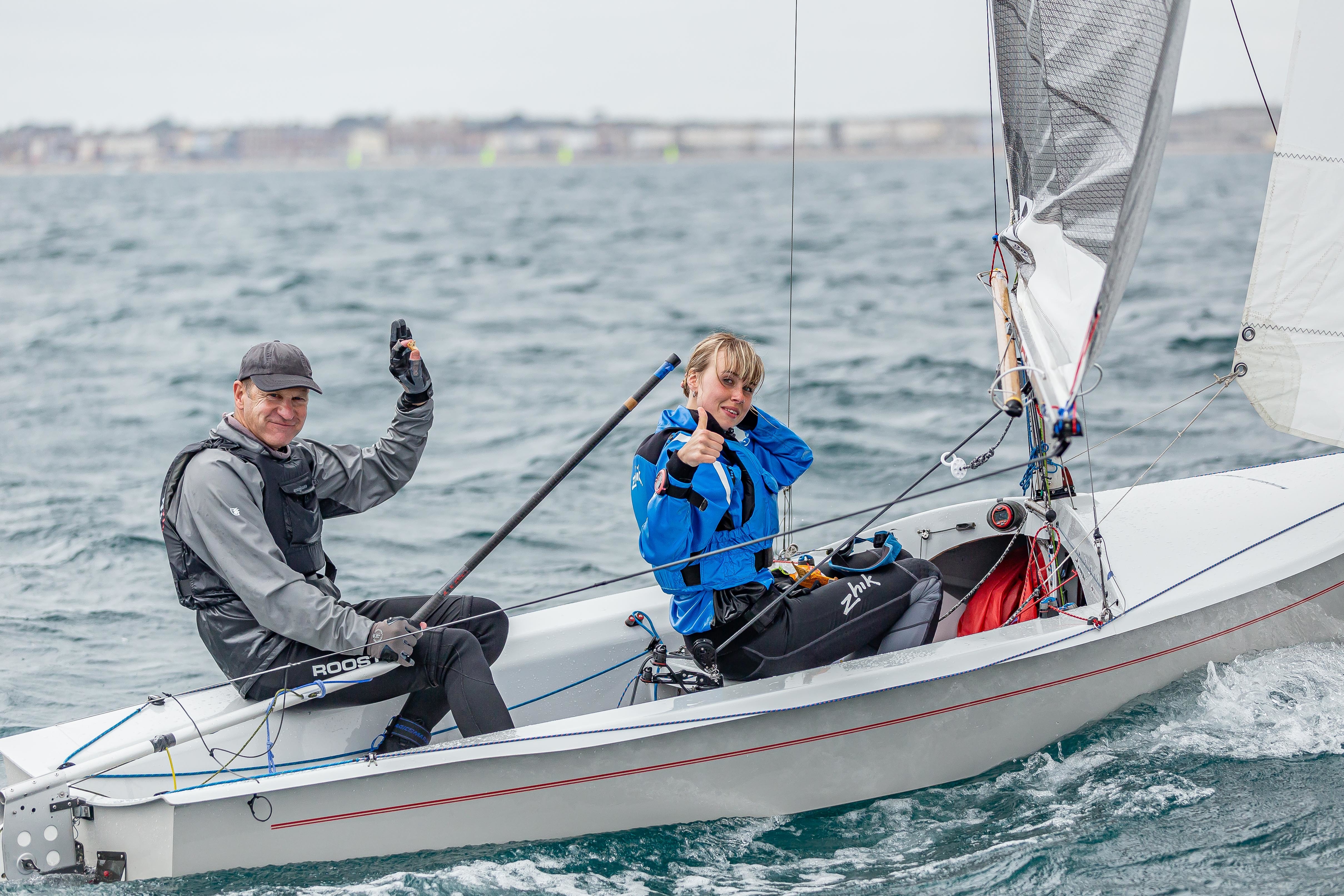 Two Scorpions from the home fleet travelled to Castle Cove SC on 02 July for the much-anticipated Weymouth Dinghy Regatta weekend and some big course sea sailing on the waves.

The Friday was a Scorpion Association training day with top coach and all-round sailor Adam Bowers. Six boats participated and we had some fun being filmed by Adam in our attempts to put all of his spinnaker handling tips into practice. Fran Neale sailing with All Sim in 2019 was complimented on her skill using the single-pole system, whilst everybody (including Adam) was a bit perplexed by the lazy guy system on 2001 (Zephyr) and its reluctance to function correctly for a port hoist. The session was also notable for Jo Neale's enthusiasm in sailing a Scorpion on the sea for the first time.

A total of 32 Scorpions competed in the 6-race series on the Saturday and Sunday. Conditions were challenging to say the least with an average wind strength of 15-16 knots, torrential downpours and a race 6 finale in >30 knots. Al and Fran put in some good performances in 2019 and Monty Hampton did amazingly well at the sharp end of 2001: he was also the youngest (and lightest) crew of the overall fleet. The quality of Tim Hampton's photos speaks for themselves and were completely unexpected as we don't have an 'official' fleet photographer.

Some of the competitor's boats were fitted with a 'BEAT' tracking system on the Saturday which estimated our total distance sailed as >50 km! I'm not sure about the actual figure but that beat back into the relative safety of Portland Harbour did seem to take forever. 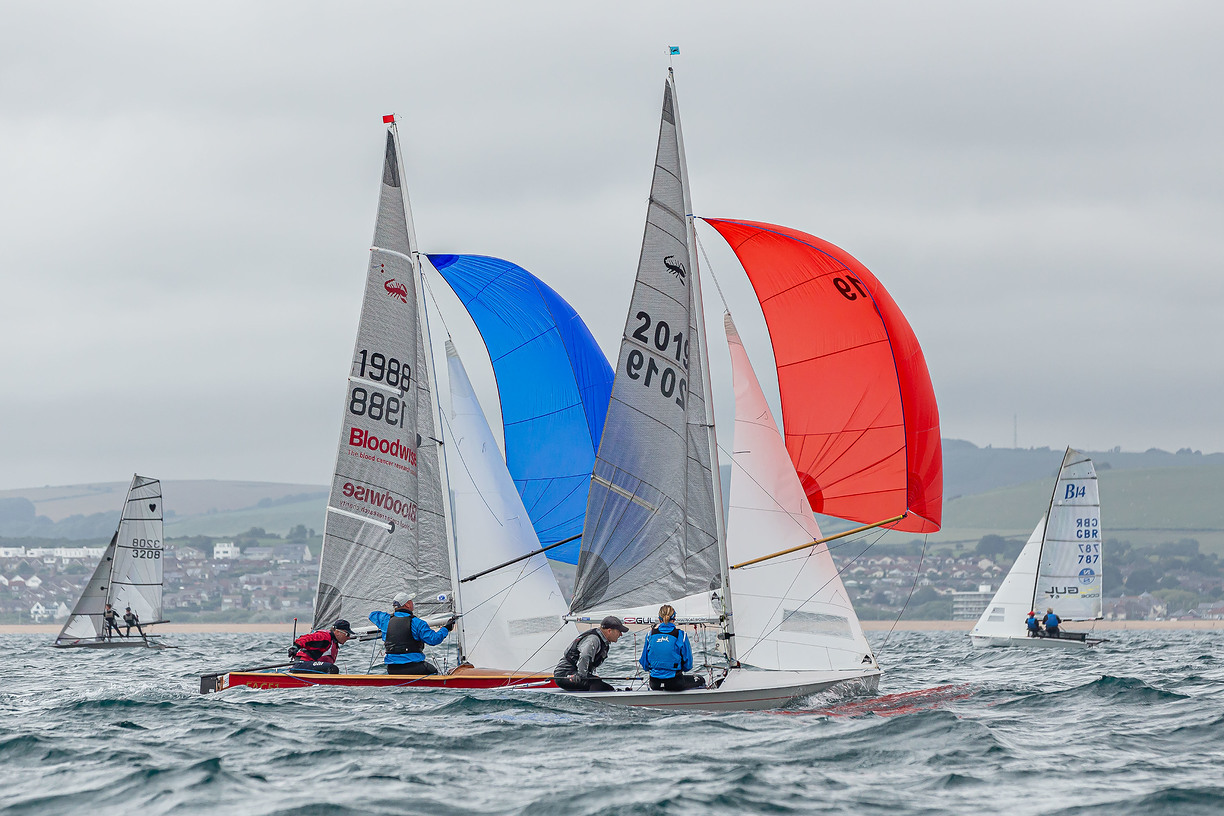 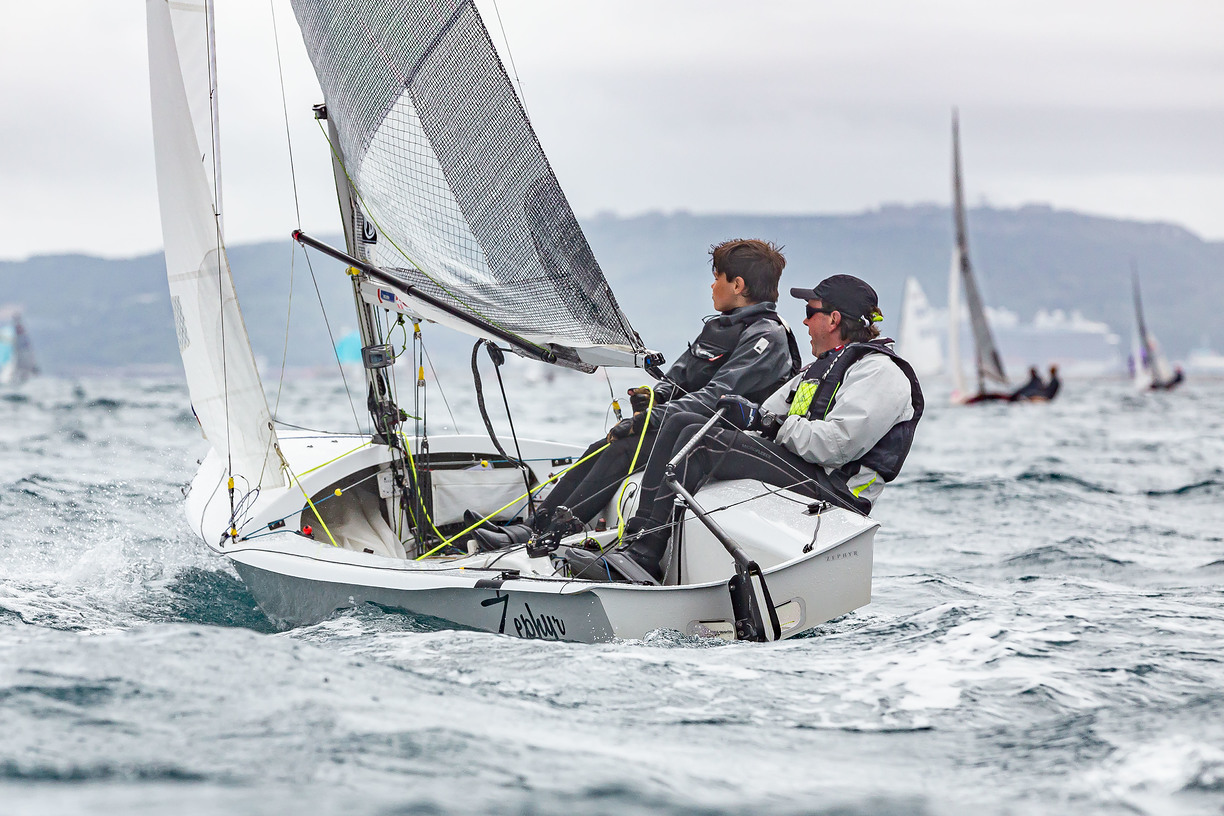 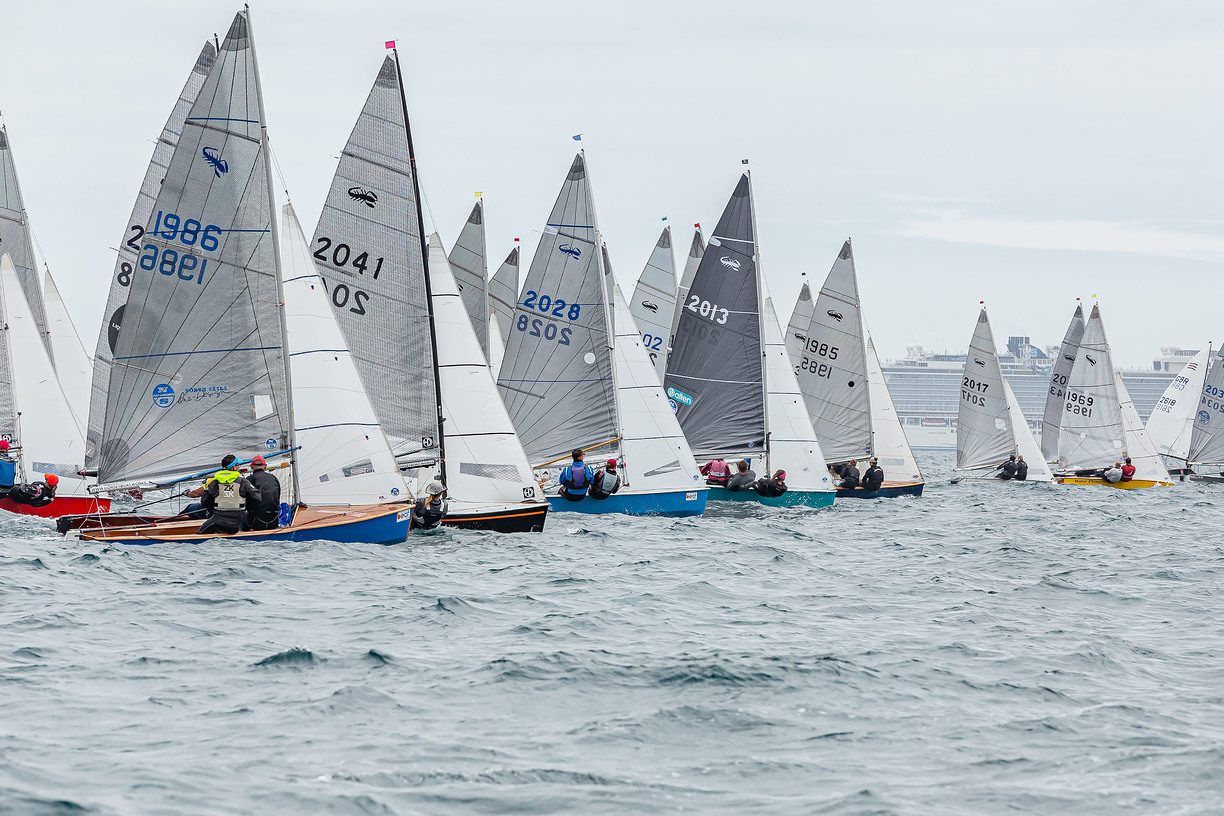 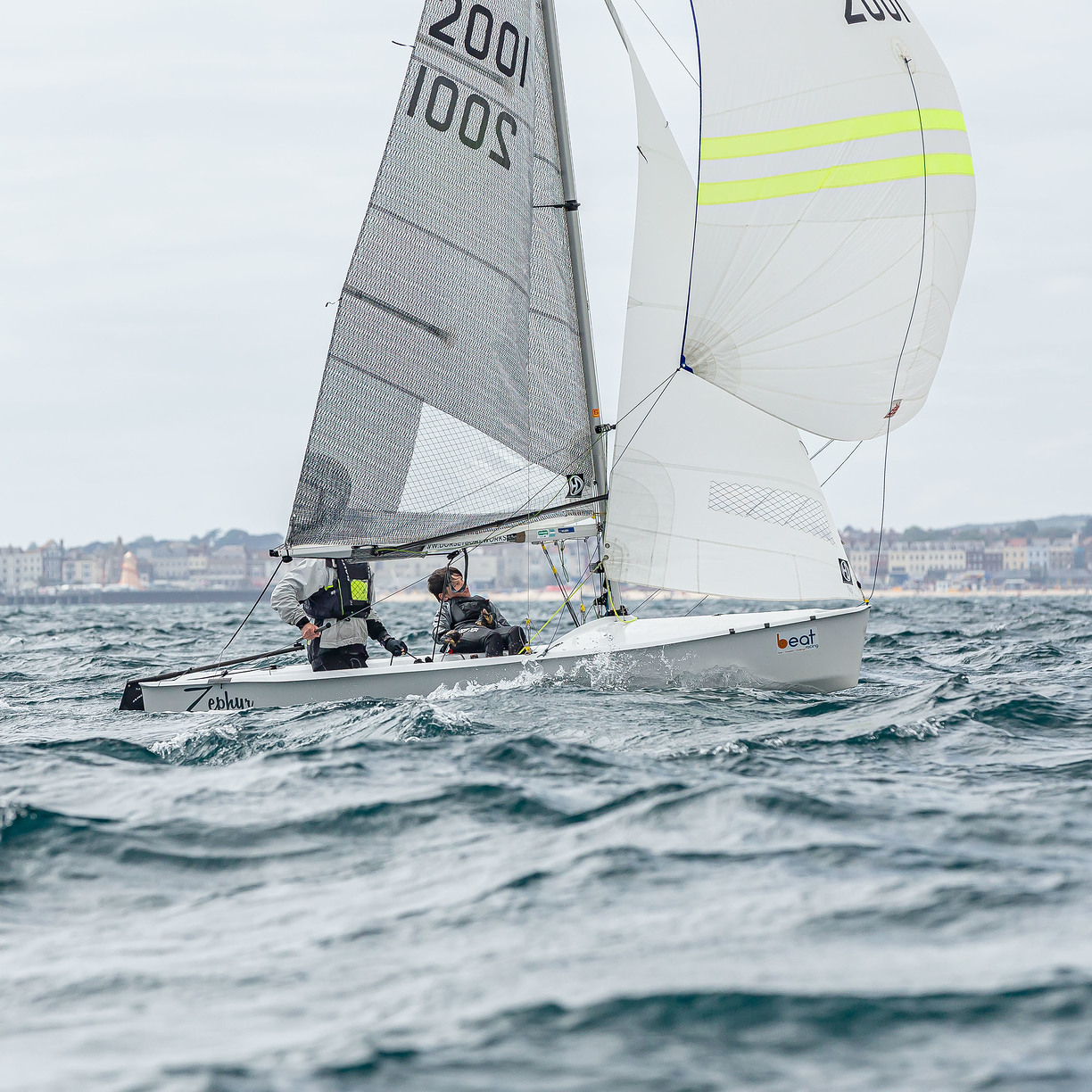