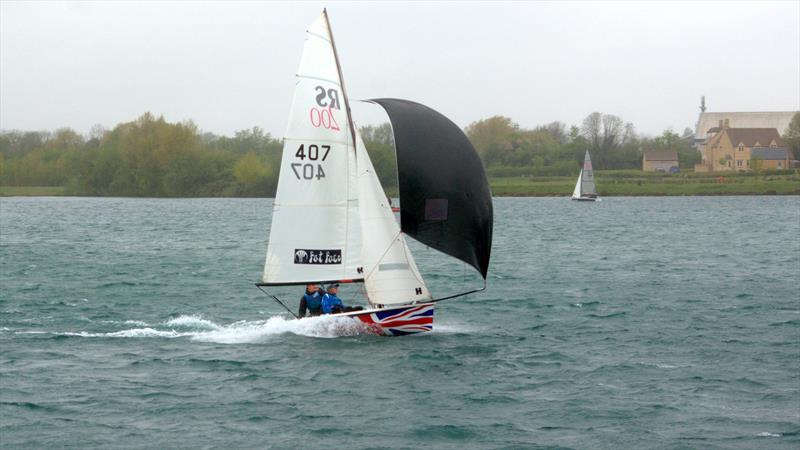 It was fourth time lucky for an event to be held at South Cerney SC, as the opening event on the RS200 SW Ugly Tour, sponsored by Westcountry Boat Repairs, following previous attempts in 2020, being thwarted by Covid.

I believe the competitors would agree it was worth the wait, with South Cerney serving up plenty of thrills, spills and everything the weather could throw at us. The forecast was ominous, torrential rain and 20kts gusting 40kts of wind, this didn't deter the intrepid group of sailors, from as far afield as deepest Cornwall!

Racing was fast and furious, with shifts and gusts galore, proving a very challenging day in anybody's book, add in the fact that many of the sailors had barely seen their boat or crew for at least 6 months, or even 12, and this set the scene for a day to remember. Race one saw the fleet scrambling to get off the beach in time for the starting gun, keeping the fleet on their toes, with a clean start, they were off! Rob Henderson/Matt Currell made their intentions known, swiftly taking the lead, whilst the fleet behind fought and at times swam, amongst themselves, taking the win. John Teague/Naomi Pound came through to take 2nd, with tour sponsor, Pete Vincent/Victoria Upton in third.

Race two again saw the green boat of Henderson/Currell in the lead, this time chased hard by Isaac Marsh/Fresh Abernstern to finish in that order, with Fred/Liz Mainwairing taking third spot. Onto race three, and yet again Henderson/Currell took the win, with the pack behind fighting it out for the remaining places, with Vincent/Upton capitalising to take 2nd place, and Teague/Pound 3rd.

With three wins in the bag, we were yet again treated to a masterclass in how to handle the conditions, with Henderson/Currell once again taking the fourth and final race, making it a full house of wins. With the wind moderating slightly, the battle behind was as close as it had been all day, with the Mainwaring's taking 2nd place, from Teague/Pound in third.

The event win being cleanly and masterfully taken by Rob Henderson/Matt Currell from Lymington Town, with second place going to John Teague/Naomi Pound from Bristol Corinthian, and third place, only a point behind by Pete Vincent/Victoria Upton from Llandegfedd/Bristol Corinthian. Fourth and fifth were tied, only a further point behind third place, with Fred/Liz Mainwaring from Exe taking fourth from Isaac Marsh/Fresh Abendstern from RDNBYC. Silver fleet was won by John Harvey/Sarah Maddison from Thornbury, and Bronze fleet by the local South Cerney team of Fran Neale/Richard Burton.

Many thanks to South Cerney SC, for putting on such a fantastic event, running the event in such a professional and efficient manner especially given the windy and monsoon like conditions. Race officer Gary did a sterling job and kept us all on the seat of our pants, with the world's most entertaining leeward mark position for shore spectators, and at times what felt like the most difficult location when trying to gybe meters from the shore in a 20kt gust! Great fun! The next event sees the tour take a trip down south to sunny Cornwall, at St Mawes SC on 22nd/23rd May. 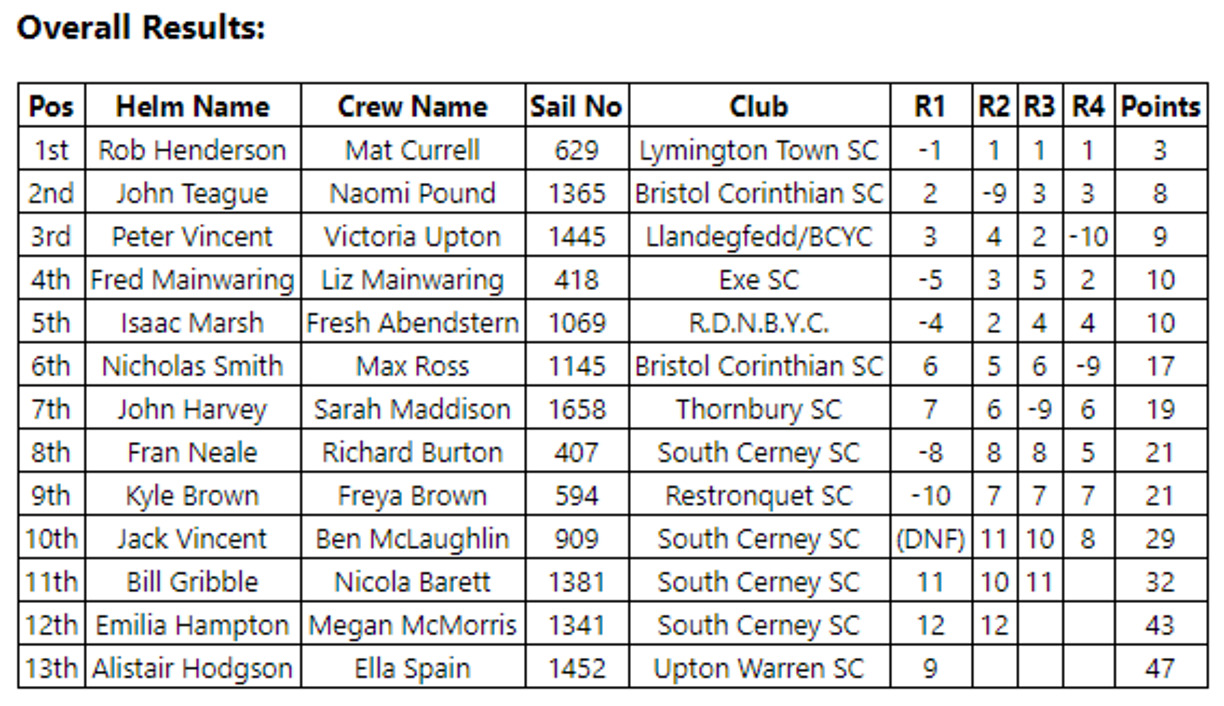 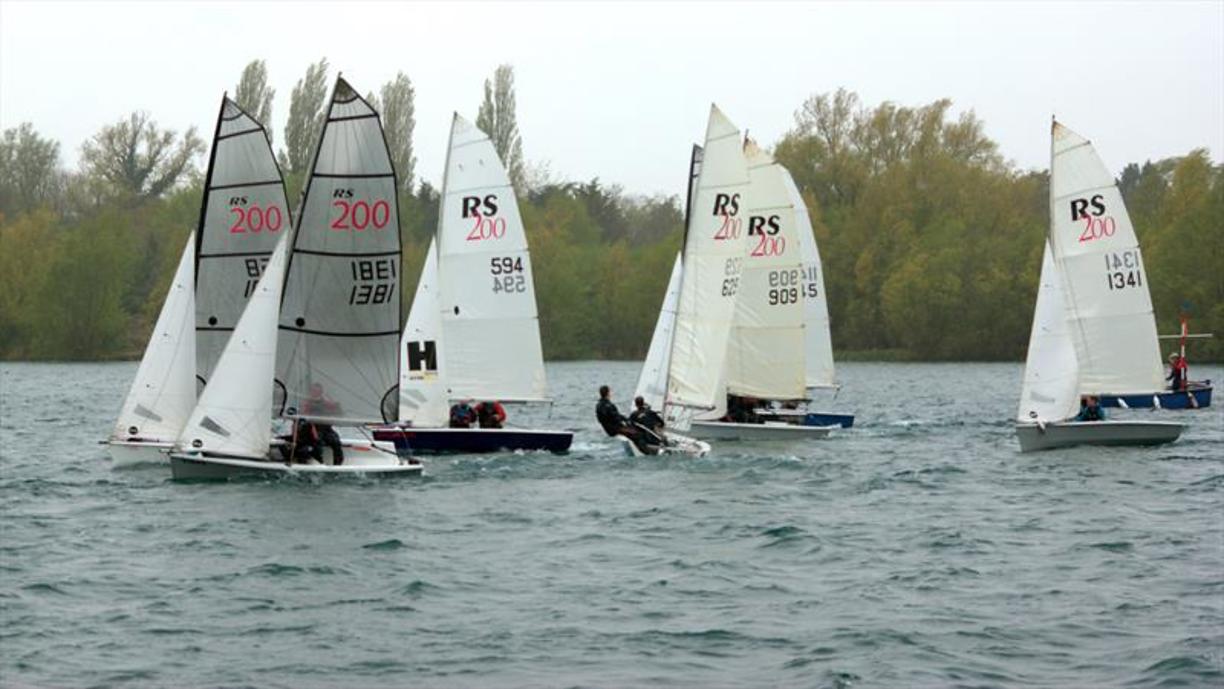 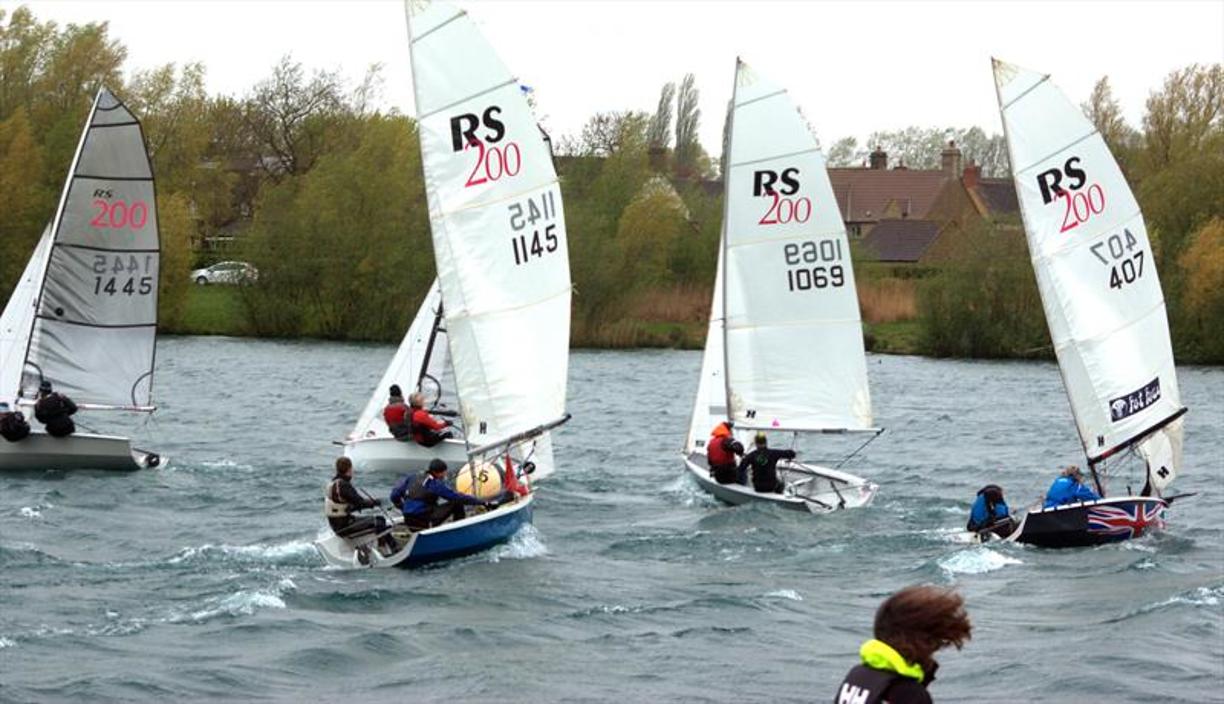 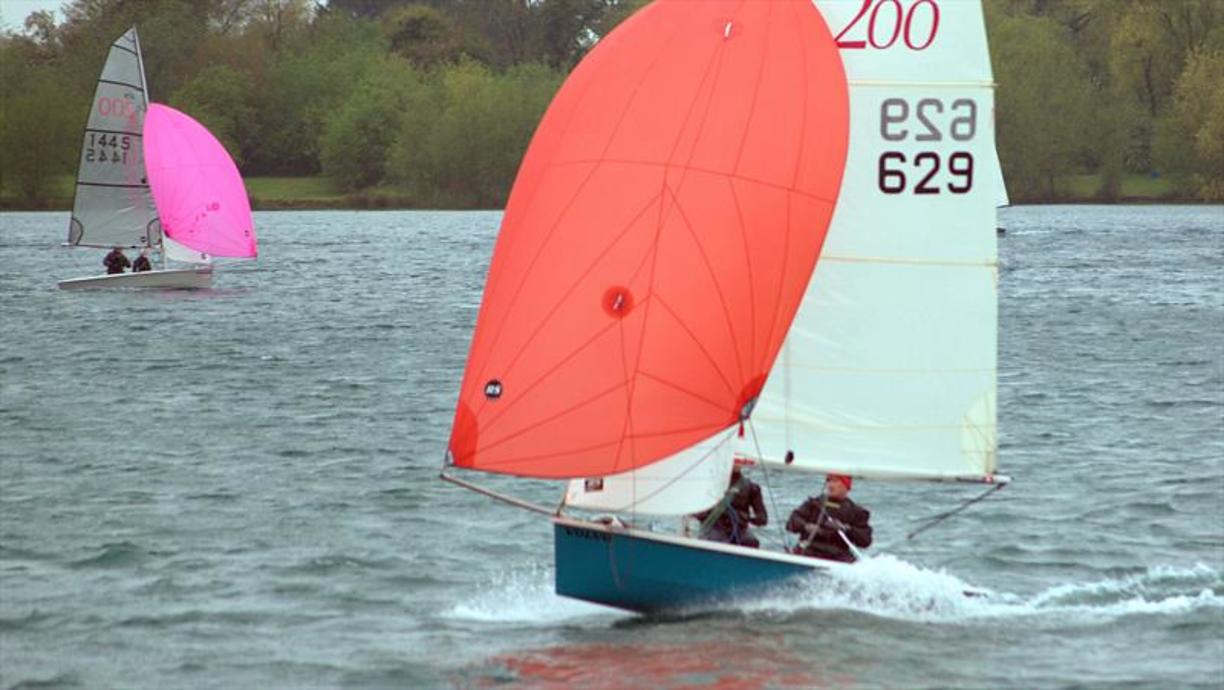