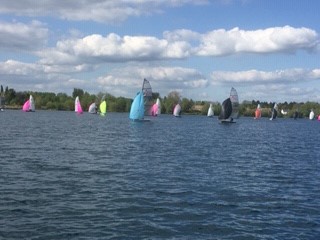 A total of 19 boats travelled from both sides of the country for the second round of the RS200 Ugly tour held at South Cerney Sailing Club in the Cotswold Water Park on Saturday 7th March.

A shifty north easterly wind meant that Race Officer, Gary Morris was able to set a windward leeward course that made maximum use of the lake, though the constantly moving wind direction made for exciting racing with frequent place changing.

In race one, the fleet got away cleanly at the first attempt, Nick Smith and Hannah Metcalfe-Smith (379) lead around the bottom mark at the end of the first lap but slipped to third by the end of the race, their best result of the day. Meanwhile Henry Hallam and Ashley Hill (1621) were carving their way up through the fleet from 8th on the first lap to take the gun with Cliff and Bec Milner (1289) second.

In the second race the fleet were more pushy resulting in a general recall, the second start was under the 'U' flag and this time the fleet got away cleanly. This time it was Matt Banbrook and Esther Heathcote (921) who lead at the end of the first lap but once again Nick Smith and Hannah (1621) fought their way to the front taking another bullet, with John Teague and Naomi Pound (1365) second and James Williams and Rose Hallam (1019) third.

After a well earned lunch, race three began under 'U' flag, unfortunately Henry Hallam (1621) and Ian Pickard (1165) were a little premature and had to sit this race out allowing Cliff and Bec Milner (1289) to narrowly take this race from John Teague and Naomi Pound (1365) with Chris Baker and Jenni Wyatt (1690) in third.

After a short break whilst the race committee adjusted the course the final race got underway, another close fought contest with Ioan Lavery and Clare Allen (1122) taking line honours with Henry Hallam and Ashley Hill (1621) second and Cliff and Bec Milliner (1289) third. 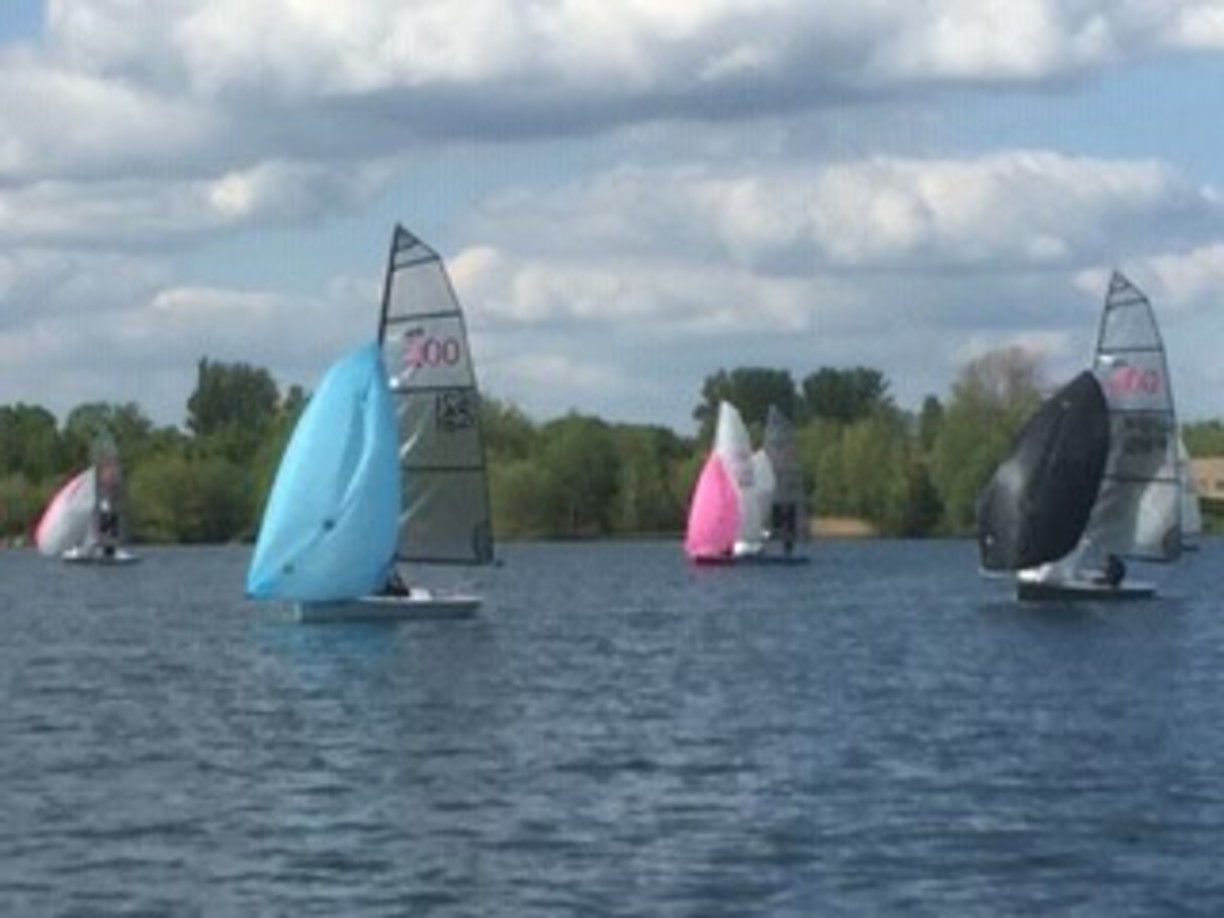 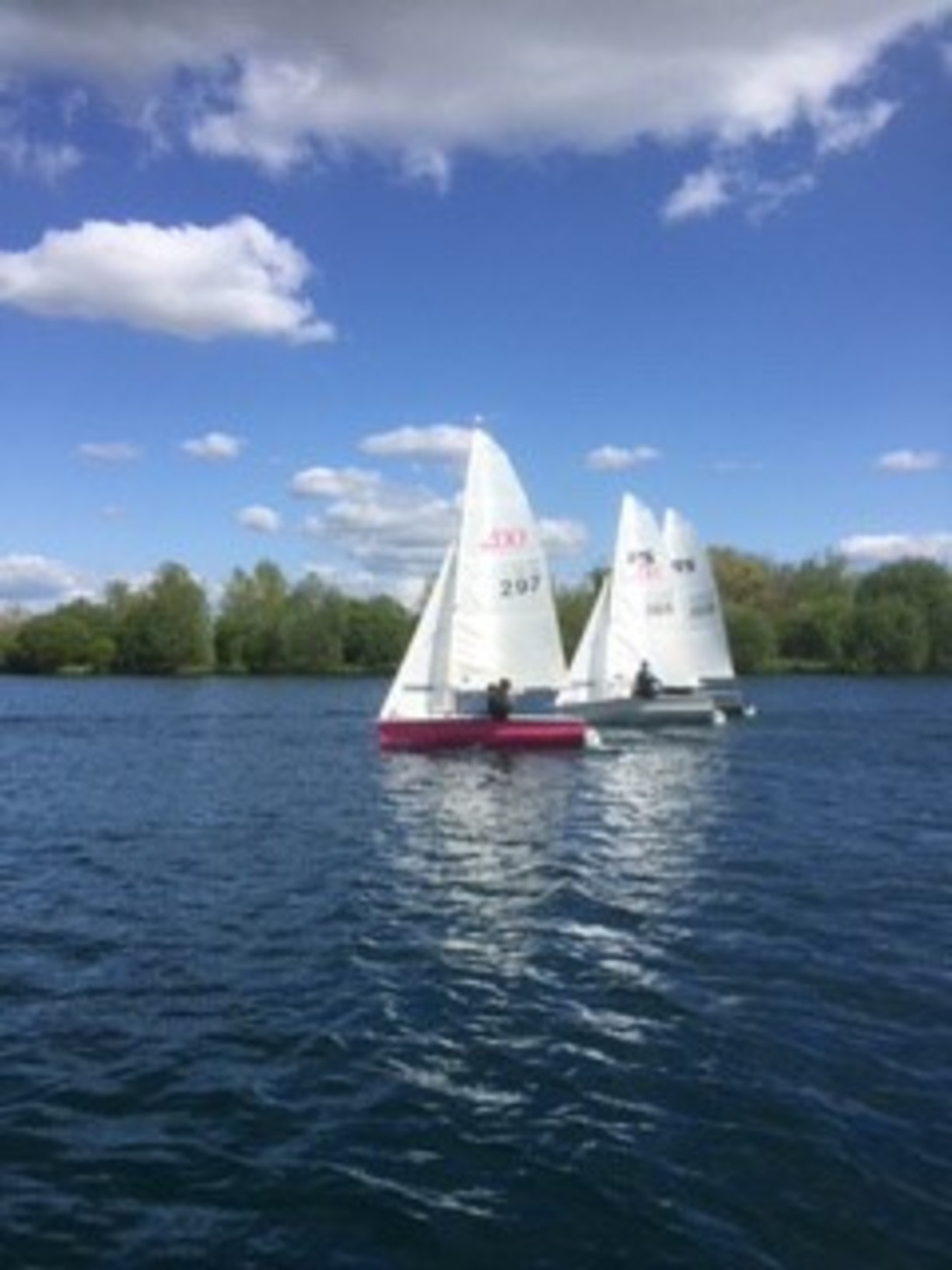