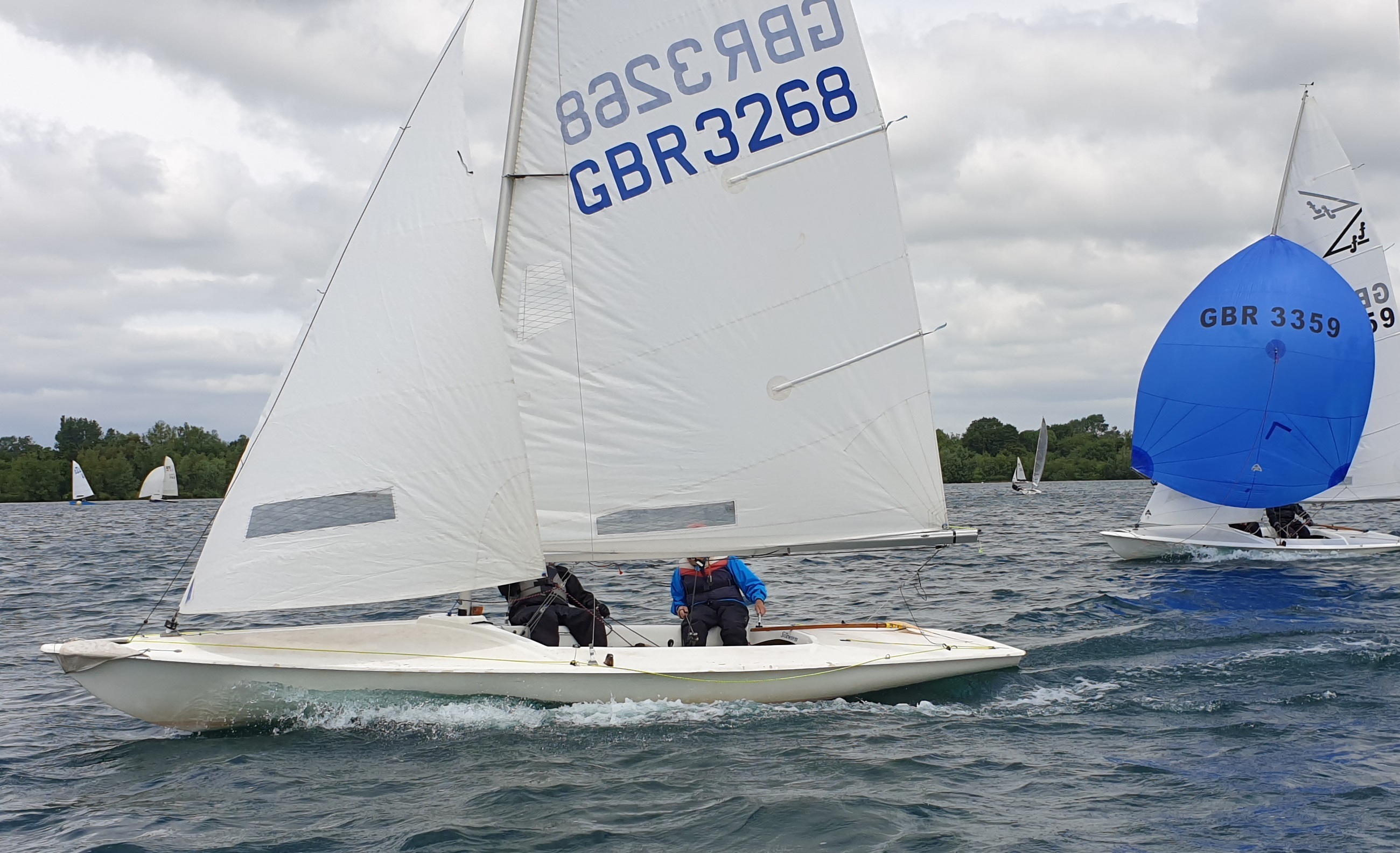 Last Saturday saw the inaugural Flying Fifteen Junior Helms race. We say inaugural because it was such a success, we'd like to do it again. The concept came from Jonny Stevenson who persuaded the Flying Fifteen fleet to lend their boats and themselves as crew to the cadet and youth sailors. Six sailors grasped the nettle, four cadets plus Fran Neal and Ben McLoughlin. The tussle for the series was expected to be between Fran, Ben and Monty but nothing happened as it should.

In a perfect 10 mph northerly, all six boats started race 1, a simple windward leeward for starters. Good starts all round but Fran and Lucy were struggling with technical issues leaving them unable to point, a struggle that sadly scuppered their hopes which was a frustration for them and the spectators. Monty led away up the first beat under the instruction of owner Tim Grieves and held on until lap 3 when they misread a swirling shift from the clubhouse end and allowed Will Hancock and Jonny Stevenson in and then watched as they extend away, finally winning by a comfortable margin of 80 seconds. In race 2, with a wing mark added in to force the gybe, another clean start saw Will and Jonny chase the lead, but Monty and Tim kept it together for the win leaving Will and Jonny second. So, the series to Monty and Tim on countback, and a second for Will and Jonny. But that's not the story here.

Will is an adept crew and is starting to helm but has yet to clock up the hours. In this respect, the fact that he was only robbed of the series win by the Race Officer running the races in the wrong order is a testament to potential, and he loved every minute. Some other great things came from this slightly unusual spectacle.

There was a deal of apprehension before launch as Teya Brezan said, sailing in much larger boat with an unknown adult was daunting. The spinnaker was enormous and the boat seemingly completely different. But that's the thing with sailing, transferable skills. Teya's time in Cadets has taught her enough to be able to jump in a much larger boat and get on the racing line and her crew, Ian Bartlett, kept her there. So, this wasn't just another ship up and go racing sort of event. It was a new experience, a chance to learn, and a lovely spectacle to see these beautiful boats racing in close quarters with new helms under the generous guidance of experienced crews. All the helms valued the opportunity. Ben McLoughlin was loving the racing with owner Alex Tatlow and was extremely grateful of the opportunity to sail different boats and appreciative of the generosity of the owners.

Similarly, Luca in with John Harvey loved the experience, and appreciated both sailing a bigger boat and John's experience, wisdom and guidance.

Everyone's looking forward to next year and it looks like the Flying Fifteen fleet has new friends. Thank you folks.