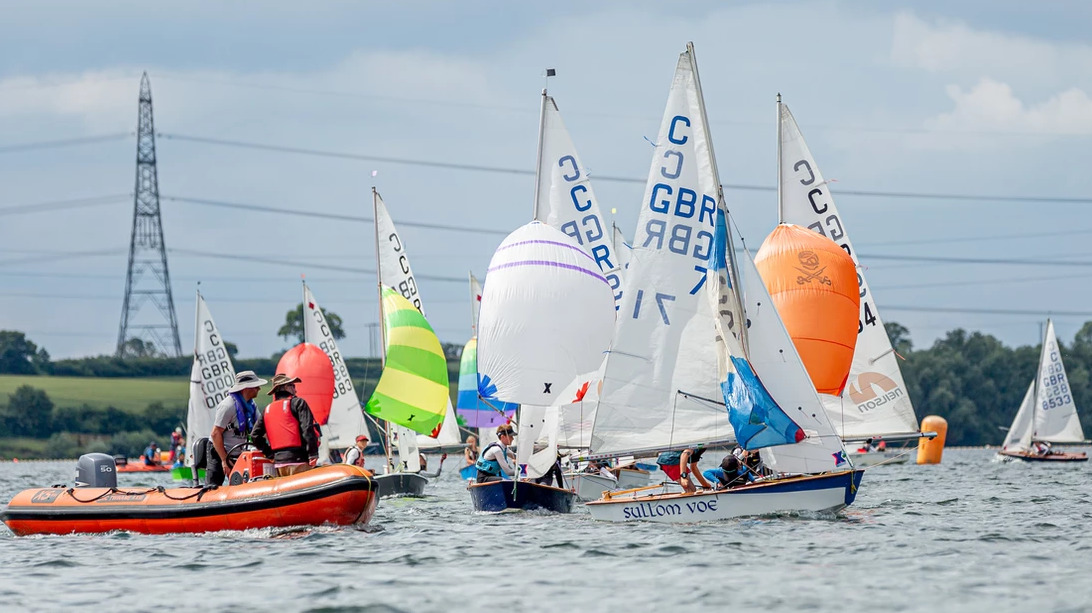 After almost a year and a half of Covid-related absence, the Cadet Class was finally able to return to one of its favourite venues at Grafham Water Sailing Club for the Peter Scott Trophy Championship, in July.

Despite losing several families to self-isolation in the week preceding the competition including 3 SCSC boats, 26 cadet teams arrived on Saturday morning full of enthusiasm for the weekend ahead. The UK Cadet Class has been working hard to increase numbers as we emerge from Covid and it was great to see several new families included in the entries. A major strength of the Cadet is opportunity for young crews joining the fleet to learn to sail in a boat under the guidance of an older more experienced helm.

Of particular note, In very tricky and shifty conditions Monty Hampton with new crew Wilf Kingsnorth got the beat right and first mark honours, by a sizeable amount, in the first race and followed it up with a 2nd in the second race. Josh Davidson and Harriet Davies also had a fantastic time as a new pairing and Josh's first time on the tiller.

Well done to all our Cadets not only for the effort in this event but the enthusiasm you always bring to the club.