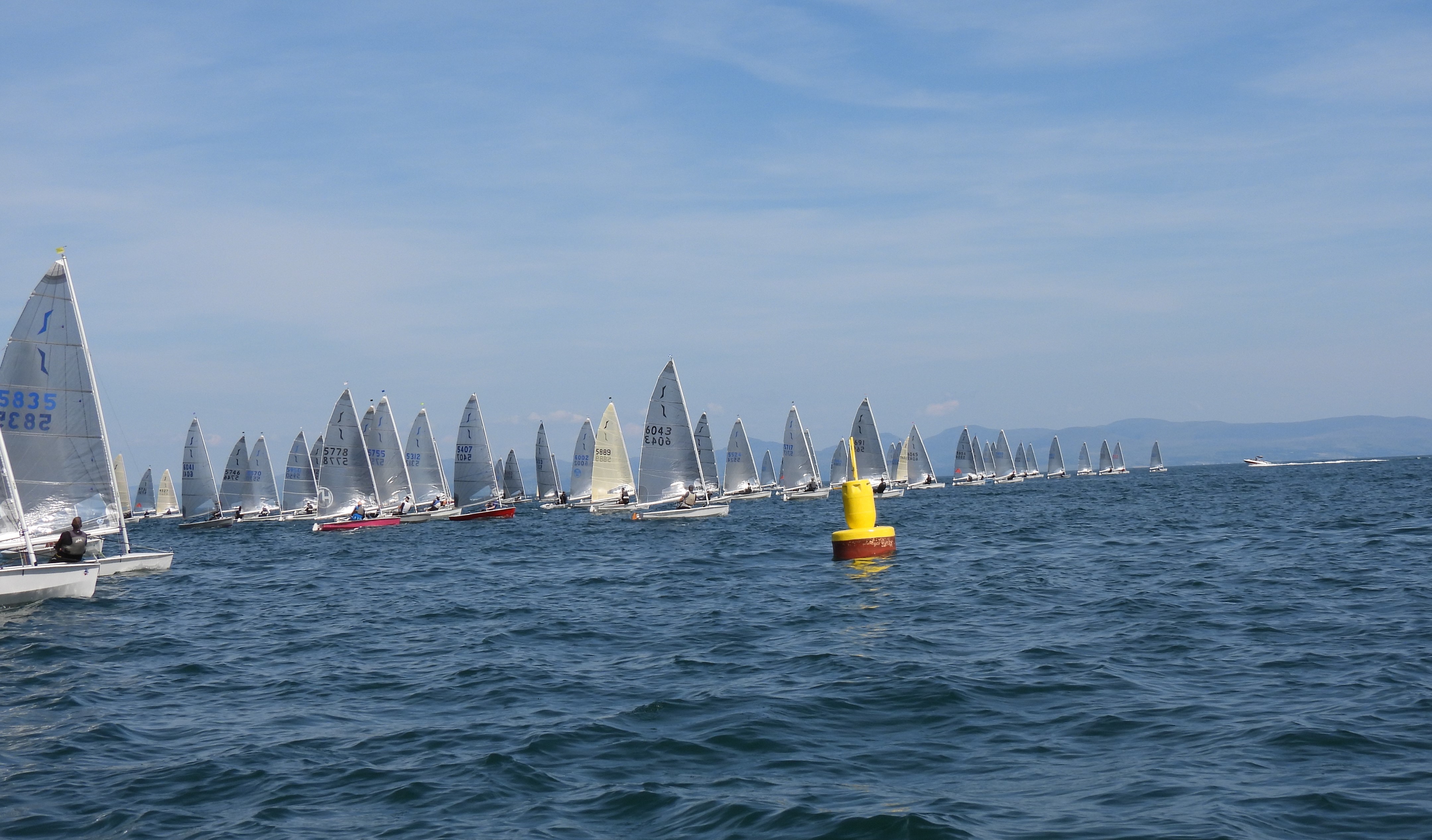 South Cerney SC was represented by 2 boats at this year's Superspars/Harken Solo Nationals on the sea at Abersoch, Ian Bartlett and Vernon Perkins. Firstly, what a fantastic venue made even better by the superb weather but pity the wind did not want to come and play, with one exception. So, lots of time on the Blue Flag beach milling around with the other 100 competitors. I can see why this is one of Gary's favourite places to sail.

Saturday, we got 2 races in very light wind, waves, and tide! The race officer had to delay waiting for the little wind we had, just got above the minimum 5kts across the course so we could go. Gate starts again so remember what we did last year, still screwed it up though and I found myself in a self-inflicted 3rd row of boats. Ian did much better and was in there fighting. It took 2 days for me to get the start right. Ian was in the top half in the 40s and I was in the 80s by the end of the day.

Sunday was equally challenging with little wind only allowing 2 of the 3 races to take place after a long wait until a 14:30 start. And even then, the wind turned off at the windward mark on the very last lap and we were all becalmed with a mirror shiny flat see state. But after 4 races in total the first discard kicks in and Ian dropped to 52nd but I went up to 83rd.

Monday, we did not bother to change at all, no wind, lots of beach time, bar, food, bar, walk, bar etc. But at least the club got the beer back on after running out on Friday night. Even so the temperature was only up at around 27°C so very pleasant, we did not have the stupid temperatures you were all suffering with at SCSC.

Tuesday was memorable, the last day and 2 races scheduled but an earlier start organised so the RO could try and get 3 in. But again, the wind had other ideas. We waited for and hour and then the wind came, a great 7-8kts, perfect, best wind all week. Ian launch, I had my trolley in the water just about to push my boat off when a squall hit and 40kts wind came along the beach from the south from nowhere. There were capsized boats that had just launched, boat blown off tollies along the beach, sailors holding onto whatever they could whilst ducking from flying surf boards. Ian carried on planing away from the beach in a ball of white foam, I and around 40 others said forget it, the thought of a mile straight down wind to get to the start line and twice in the first race resulted in most of us packing our boats away for an early departure. But Ian was able to show his competitive, he would say superman, side in a big blow and descent waves as the sea state whipped up to bag a 25th in the last race after which the wind died completely 5 minutes into the second race and racing was abandoned after they waited for 90 minutes in forlorn hope. Ian finished 48th overall, so top half. For me the discard was now wasted, and I slipped to 85th overall having sailed 4 races.

For more information follow this link to the Solo Association Facebook page, click here, where Will Loy provides a blow by blow commentary of the event, with stunning pictures. Or Yachts and Yachting, click here, but not all days published yet.

I have to say the drive through the heart of Wales to get back was fantastic, I found every abandoned road snaking through the hills, big smiles only limited by towing a boat.

So now we hope we are finely tuned to go and do battle at Dittisham, Devon on Saturday, continuing our efforts to support the club, have lots of fun really.

Pictures Courtesy of Mr Will Loy. 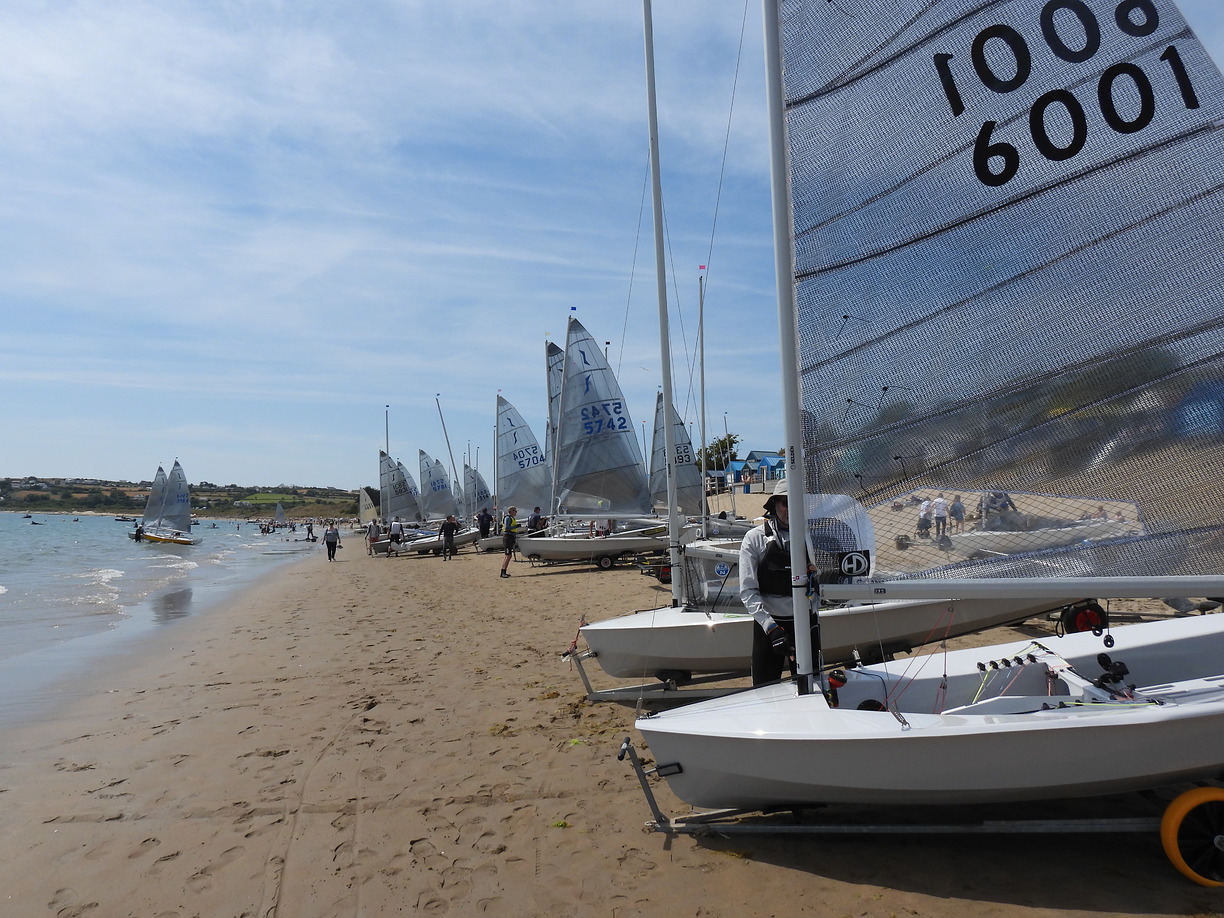