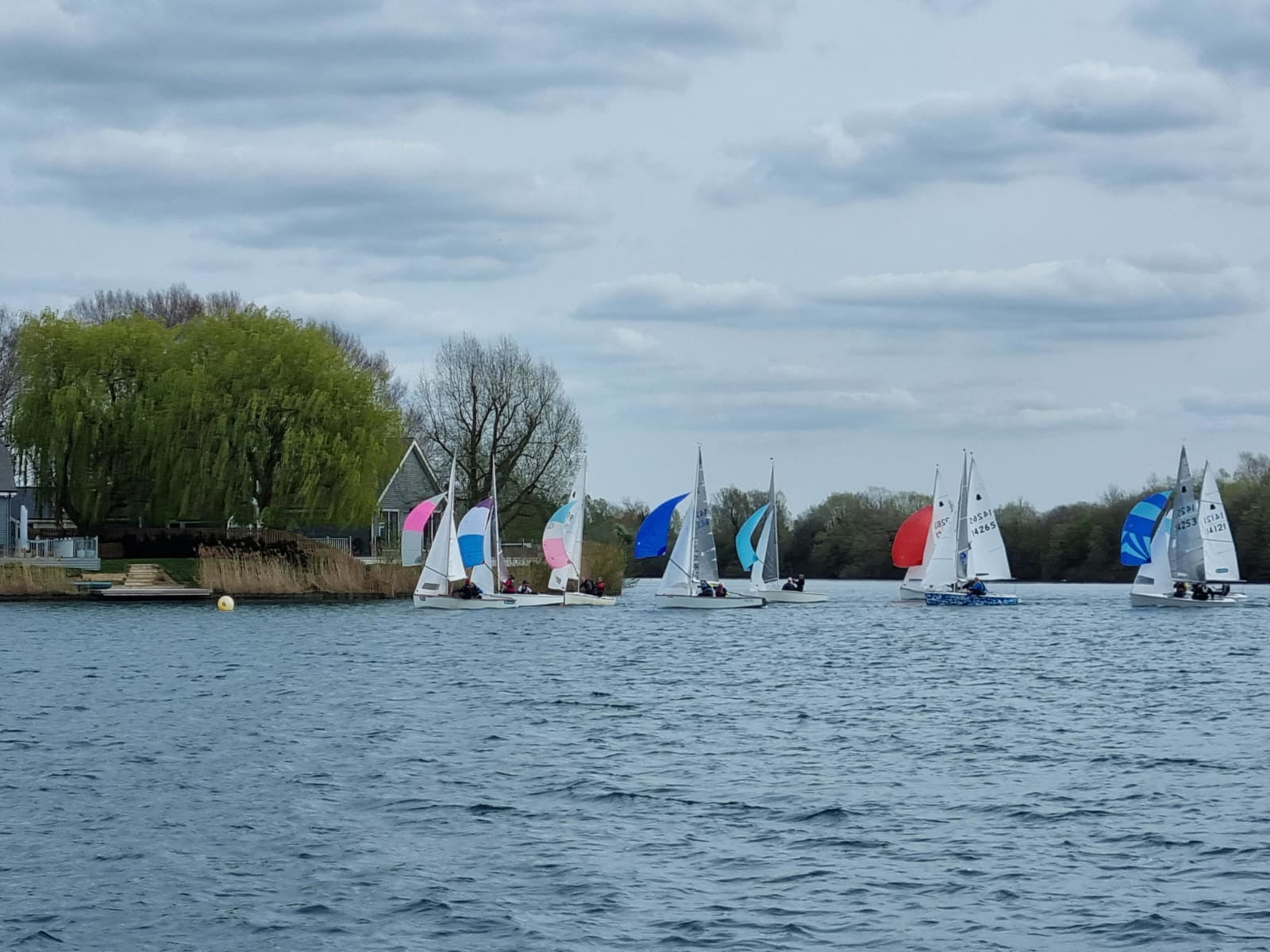 After a decade`s long gap the GP14 class returned to South Cerney SC for an Open meeting. Eleven teams turned out with two local boats and nine visitors from a wide range of clubs including Brixham YC, Trimpley SC and Welsh Harp SC in London. The visitors were welcomed with tea coffee and no wind but Vice-Commodore Jonny Stevenson assured all at the briefing that it was on its way. Race officer Richard Burton set a good course using the whole area of the lake with a network of triangles and sausages which managed to remain largely true (On average!) as a highly oscillating wind kicked in from the south-west.

With winds still very light the first start and beat was still a bit of a lottery. As the wind filled in it benefitted those that tacked off and headed west. Steve Cooper and Liz Guest (Welsh Harp) got a dream start and were soon out of sight with youth sailors Monty Hampton and Jemima McMorris deploying local knowledge to get away as well chased by Keith and Lucy Street(Welsh Harp) and Maurice Cheal and Sarah Street from Wembley/Welsh Harp. The oscillating winds led to some highly tactical downwind reaches with the Streets, Jonny Stevenson and Emily Cole -Evans (South Cerney) coming through to take 2nd and 3rd. The second race was started in a building 10/12 knots with some excitable starting leading to Cooper/Guest and Stevenson/Cole-Evans both carrying on after being OCS each thinking the others were the culprit. Cheal/Street led at the first mark followed by Innes/Trubridge (Frensham), Magic and Szymon Matyajaszczuk (Welsh Harp) and Wadsworth/Howard (Brixham/Welsh Harp). Innes/Trubridge took the lead and then sailed an excellent beat to the wrong buoy leaving the chasers to round well ahead with Magic taking the bullet from Cheal/Street

After a light lunch the third race start resulted with a general recall. Magic and Szymon sailed an excellent race through the fleet in their borrowed boat and took the win from Cheal/Street and Wadsworth/Howard. With a gusting and veering wind the start line for the fourth race was starboard biased leading to quite a pile up. Monty Hampton used all his youthful guile to hit a small gap at the starboard end at full speed and absolutely on the gun reaching the windward mark in third behind Wadsworth/Howard and Stevenson/Cole-Evans. Stevenson/Cole -Evans and Innes/Trubridge came through to take first and second from Wadsworth/Howard.

At the prizegiving it was noted how close the racing had been with three different race winners and the top six boats only being separated by 4 points in the final results. A youth prize was awarded to Monty and Jemima for a highly creditable 8th place. Winners Magic and Szymon thanked and congratulated the club on running a GP14 Open again after so many years and the class promised to return in 2023 with a bigger fleet. 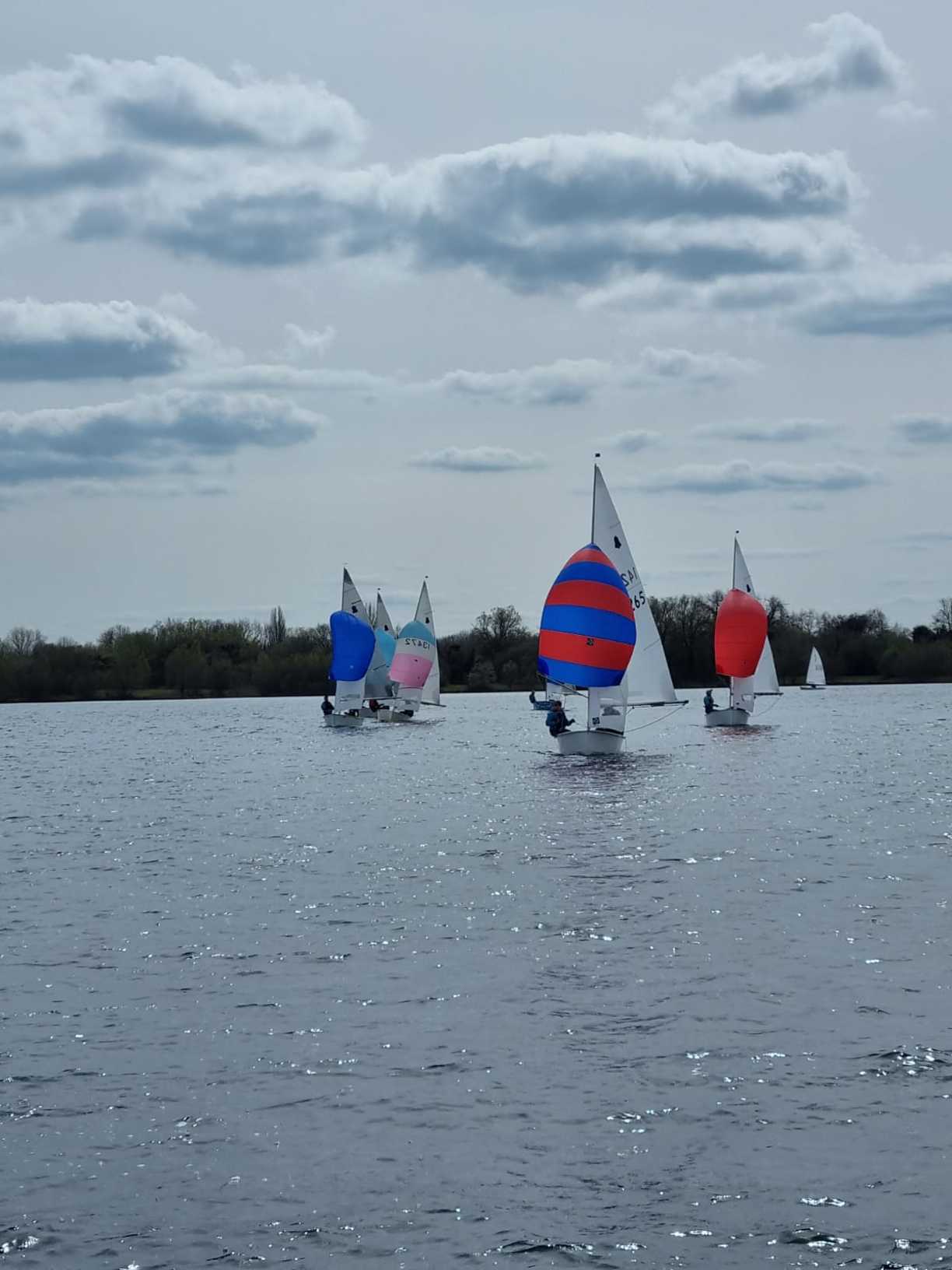 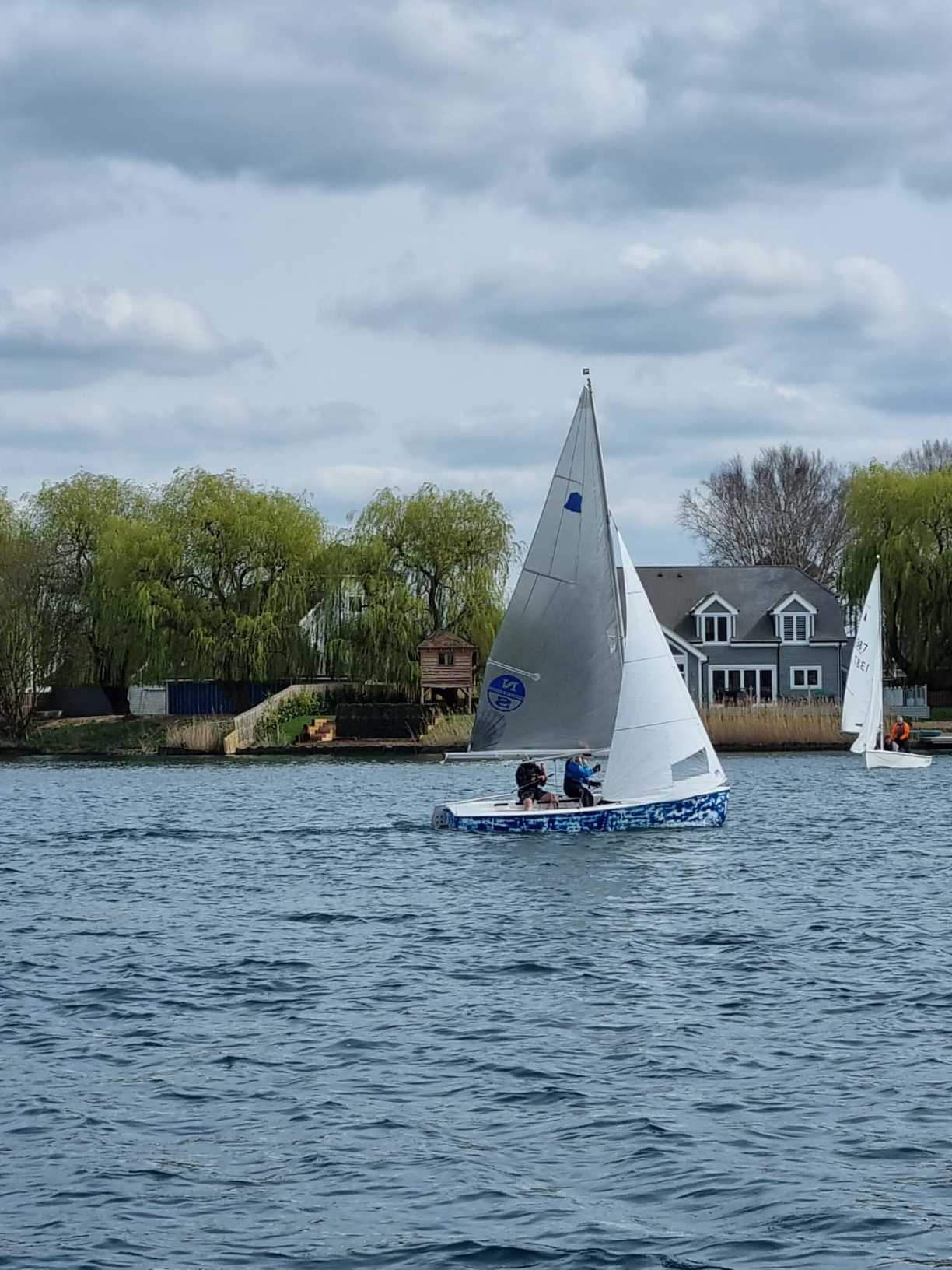