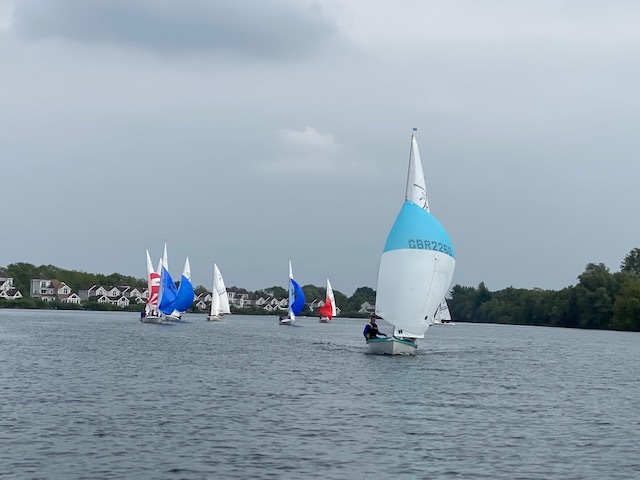 A warm sunny day, 10 competing boats, what more could one wish for? Well perhaps a little more wind. The light unsteady easterly was going to pose problems for the Race Officer, Jonny Stevenson.

The port triangle/ sausage course set made the best use of the conditions, with a long beat directly into the wind from the start near buoy 3 to buoy 7 just beyond the narrowest part of the lake. The return from buoy 7 either via buoy 4 or directly to buoy 3 gave the chance of long spinnaker runs, though wind shadow from the headland made initial setting of the kite difficult. Buoy 4 to buoy 3 was a short broad reach, with spinnakers still in use.

After a short break for lunch, racing restarted on the original 74373 course, used for the remainder of the meeting. In Races 3 and 4 2260 was unbeatable, leaving 4051 and 3969 to compete for 2nd and 3rd places respectively.

Following ample Saturday evening refreshments from the clubhouse bar and local hostelries, Race 5 commenced at 1000 hours with the wind and course unchanged. 2260 won the start at the committee boat end of the line and commenced a tacking duel with 3536 up to the windward mark. However, it was 3268 who rounded buoy 7 first having taken a gamble on the left-hand side of the course which paid off handsomely: headland lee notwithstanding! Good spinnaker work by 3707 and 2260 saw them haul in 3268 on the broad reach down to buoy 4 and this group rounded buoy 3 with 3707 in the lead, 2260 in 2nd place and 3268 in 3rd place. The subsequent beat saw quite a bit of place changing and 2260 led from 3707 and 4051 at the start of the long run back to buoy 3. The fickle wind backed slightly to the north-east during the second lap and this gave the middle order of the fleet a welcome port lift. The leading pack were never really troubled though, with 2260 taking the win (and the meeting overall), followed by 4051 and 3707.

The final race (Race 6) started after the club Handicap and Solo fleets, with the wind again oscillating about a mean easterly direction and periods of bright sunshine: with a consequent (decreasing) impact on wind strength! Race Officer, Jonny Stevenson, and his team coped well to keep everything running to time but it was inevitable that the dying wind would force an eventual shortening of the course!

Meeting winners John Hanson and Helen Selden in 2260 again dominated the start but it was runners-up Robert Tait and Peter Comber in 4051 who dominated the race. By the first wing mark rounding (buoy 4) they had pulled out a lead of over 20 boat lengths from the chasing pack headed by 2260. But 3268 pulled another blinder by keeping low and despite not being able to use their spinnaker, crept up to 2nd place at the leeward mark ahead of 3288. 4051 eventually won by a considerable margin but the place prizes were up for grabs right to the final leeward mark rounding where a close group of four boats converged with multiple overlaps. 3268 emerged a worthy victor from this group to take a well-earned 2nd place, with 3374 in 3rd place and 3536 4th.

The prize giving took place on the club lawn with winner John Hanson thanking Commodore, Gary Morris, and the club for their excellent hospitality and praising the race management in what all agreed were somewhat challenging conditions! John Harvey and Phil Hall (crewing on Sunday in only his second time racing!) were awarded the prize for Top South Cerney boat on account of their overall 5th place, with Richard Taylor and Mike Willis also of South Cerney (2626) taking first Classic boat not in the Top 3 places. 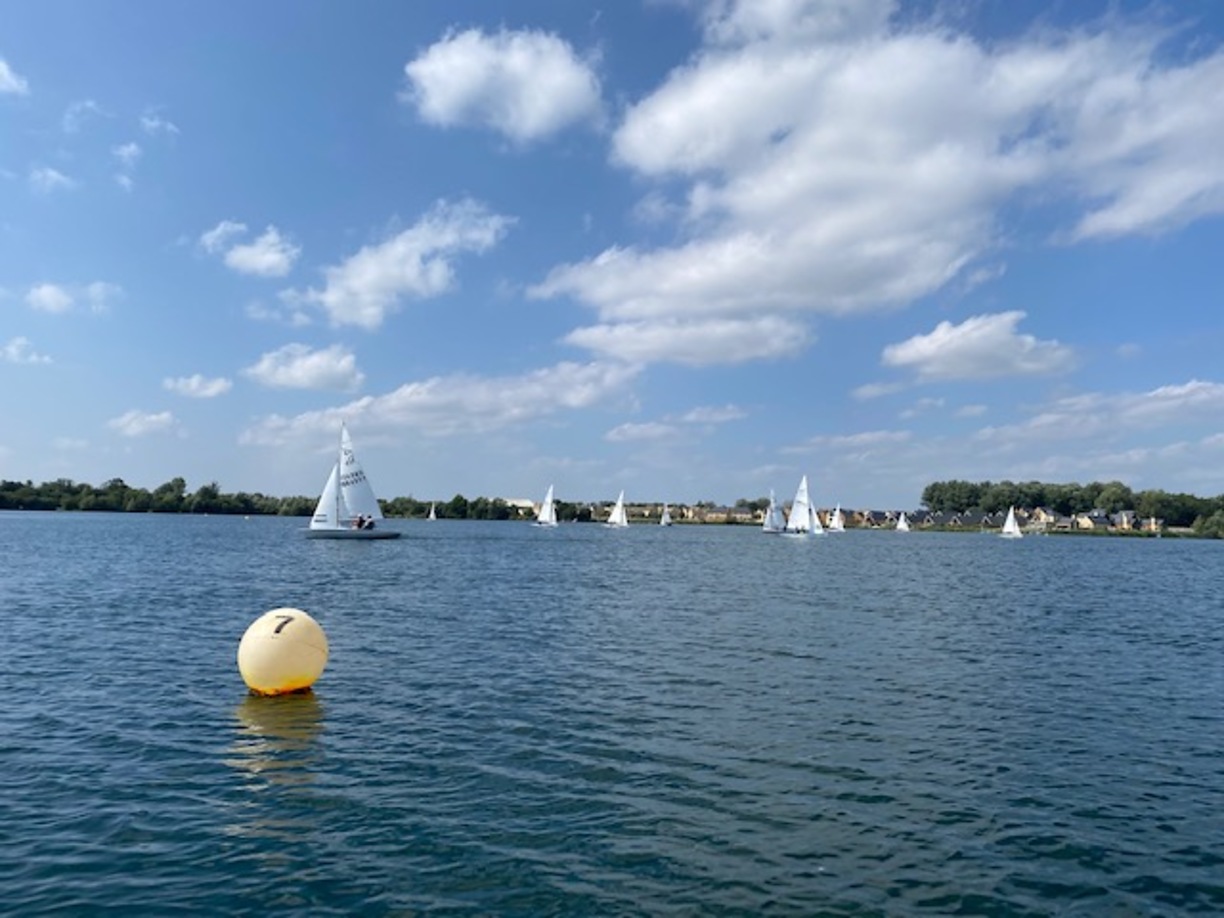 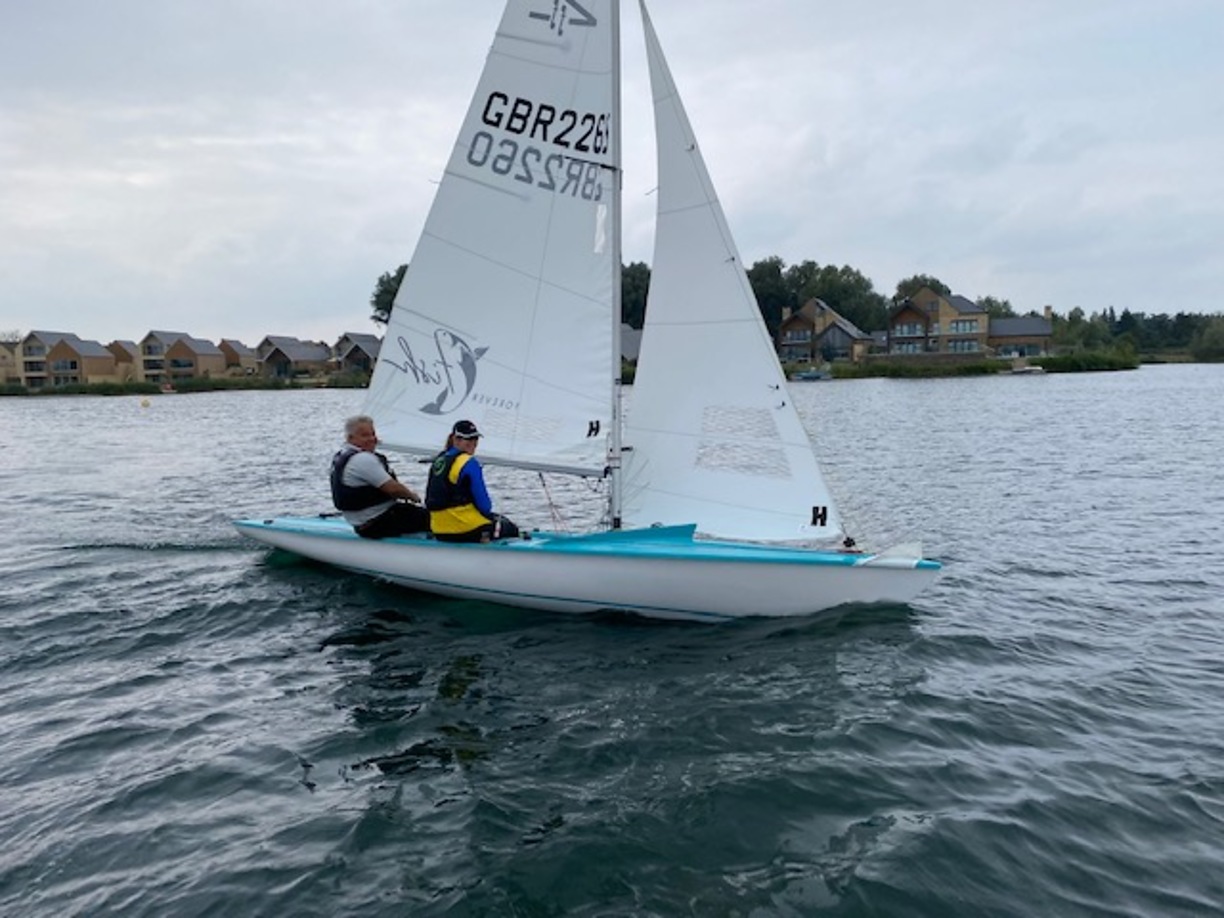 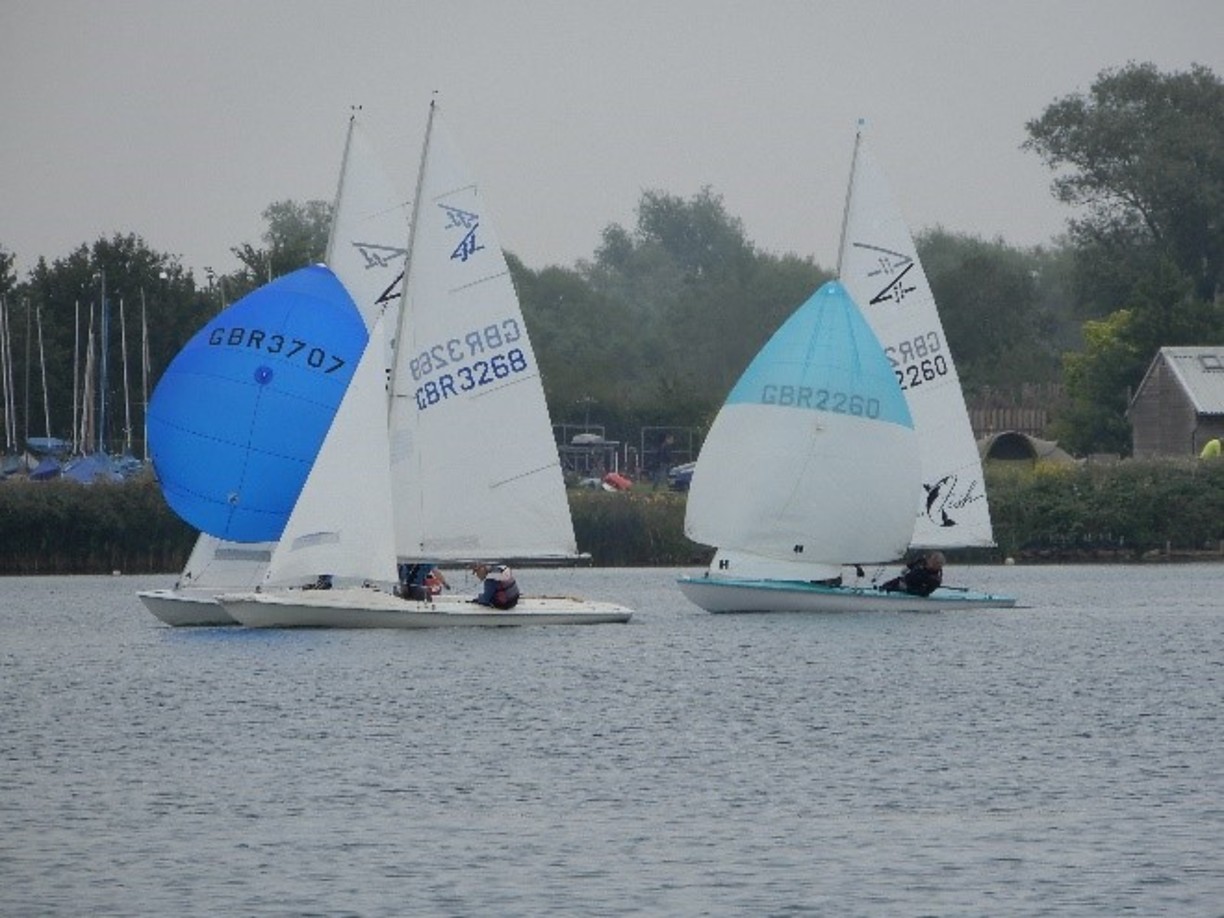 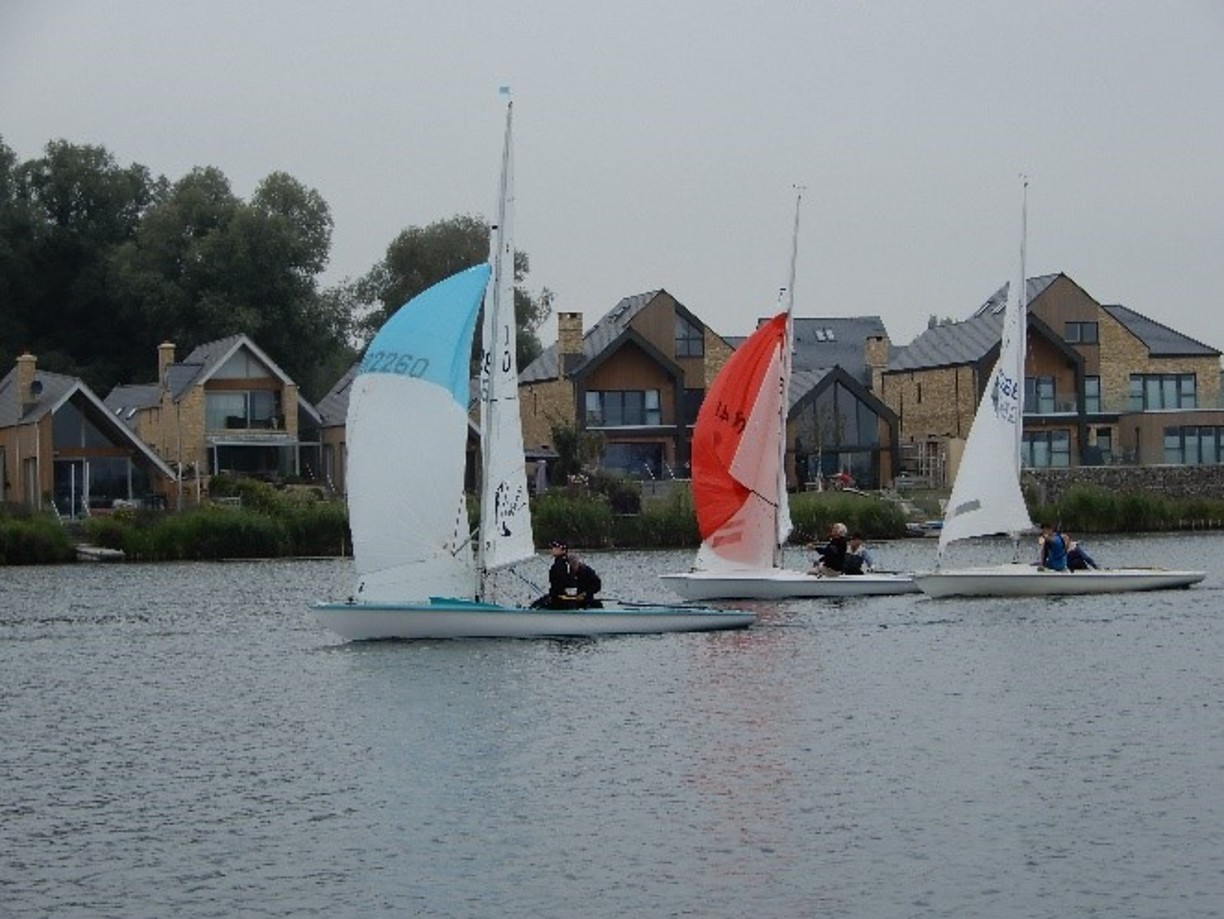 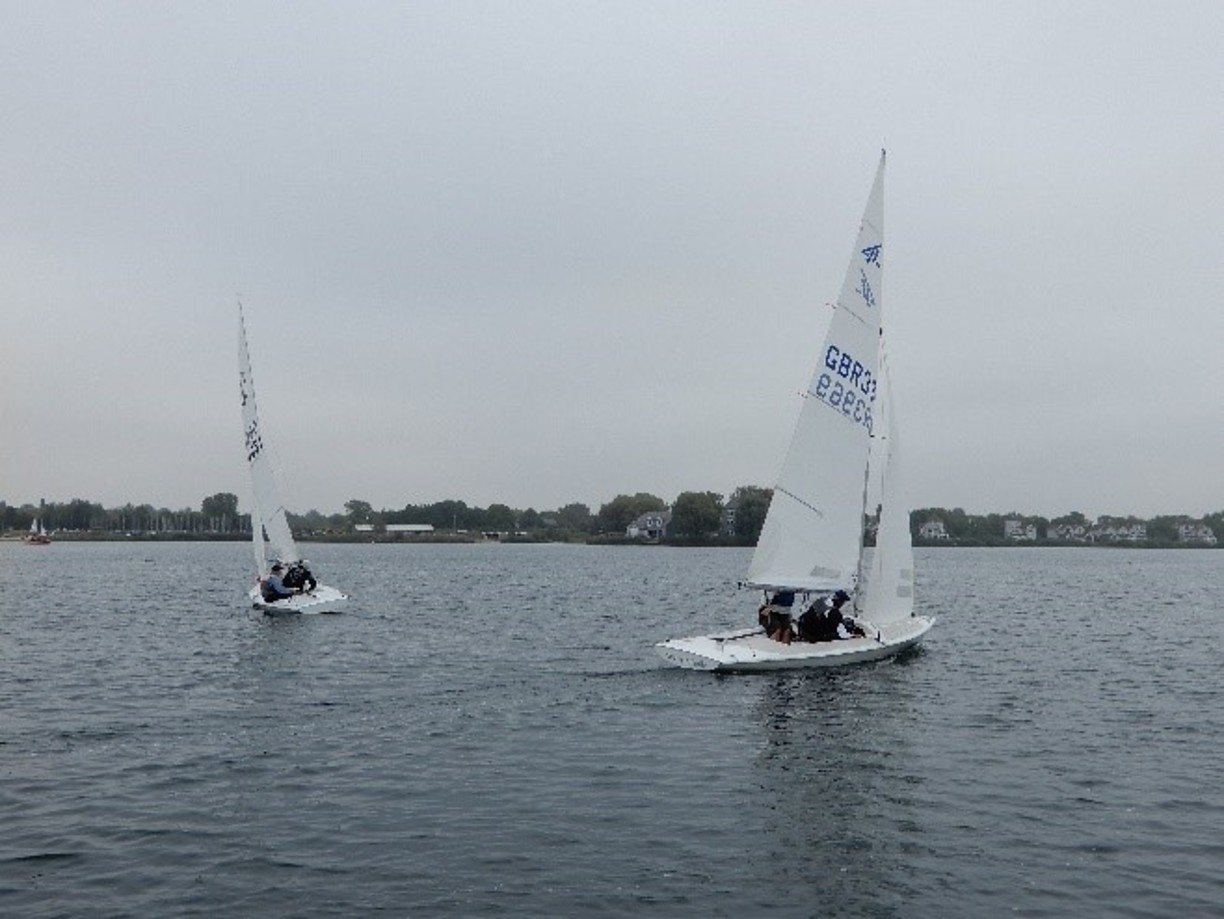 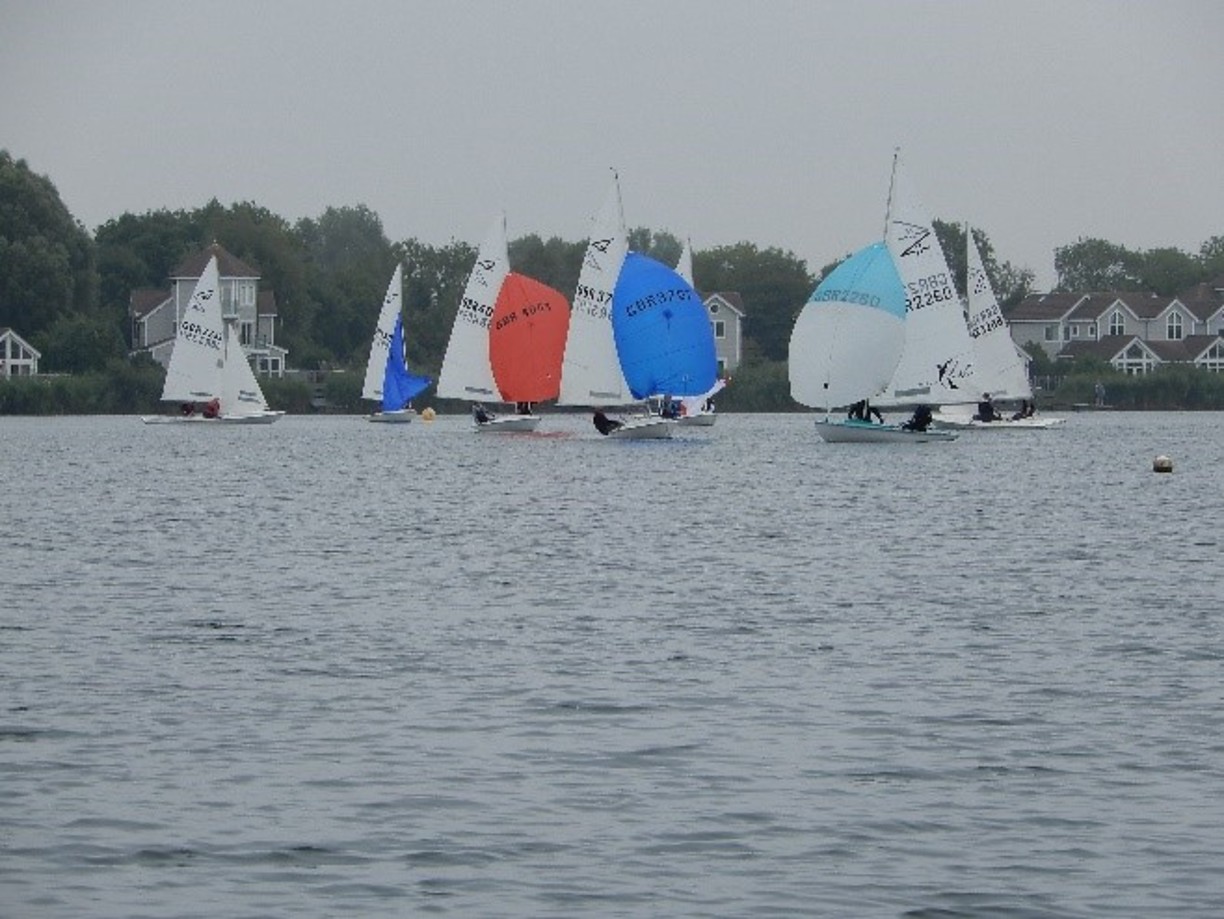 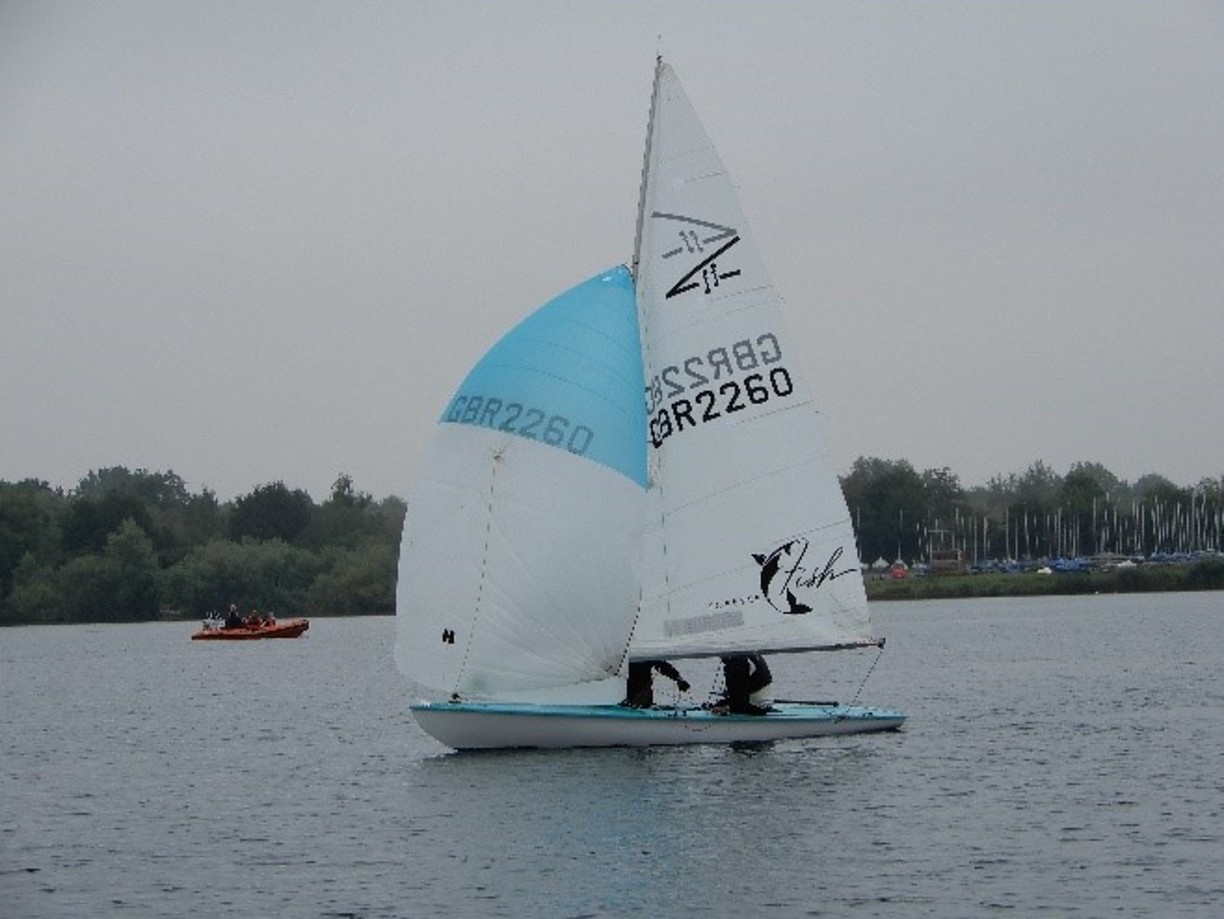 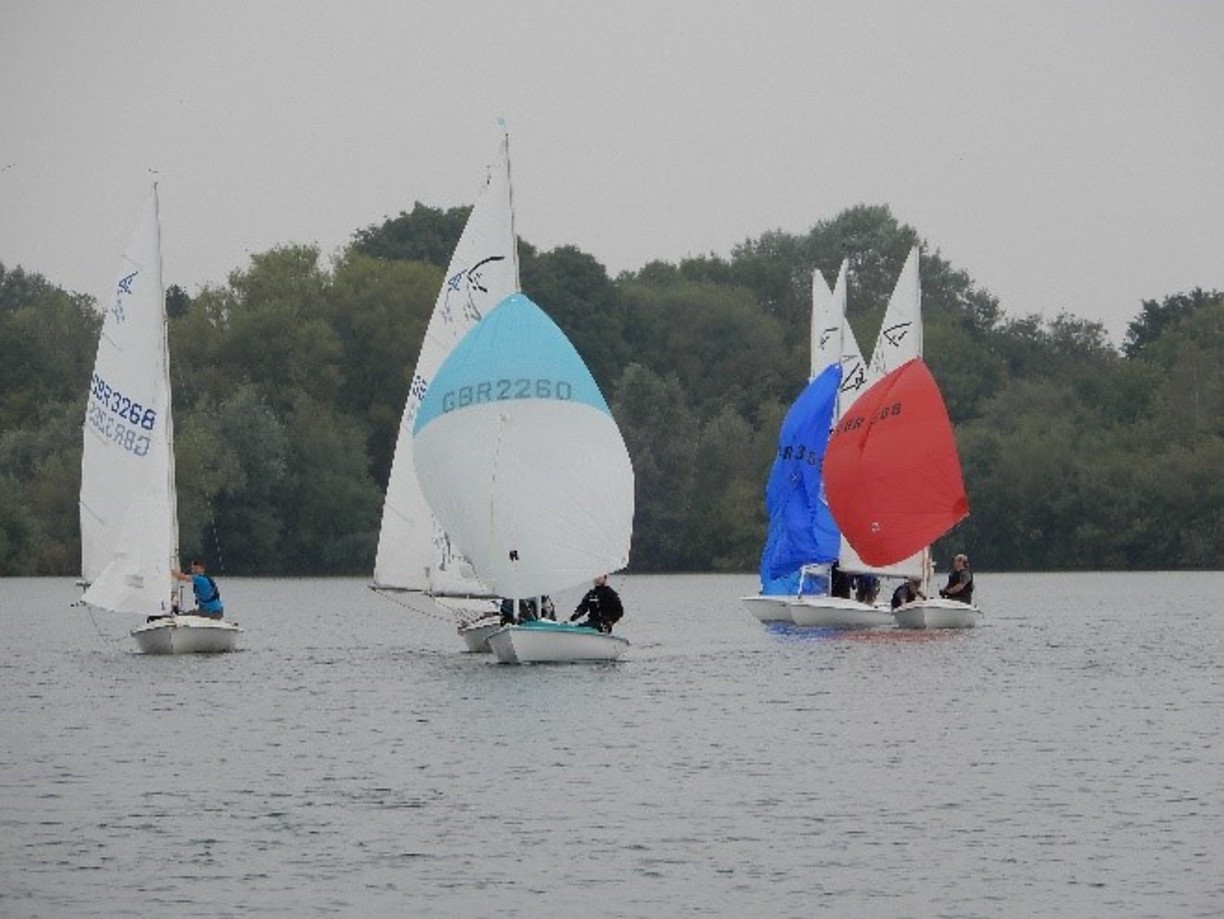 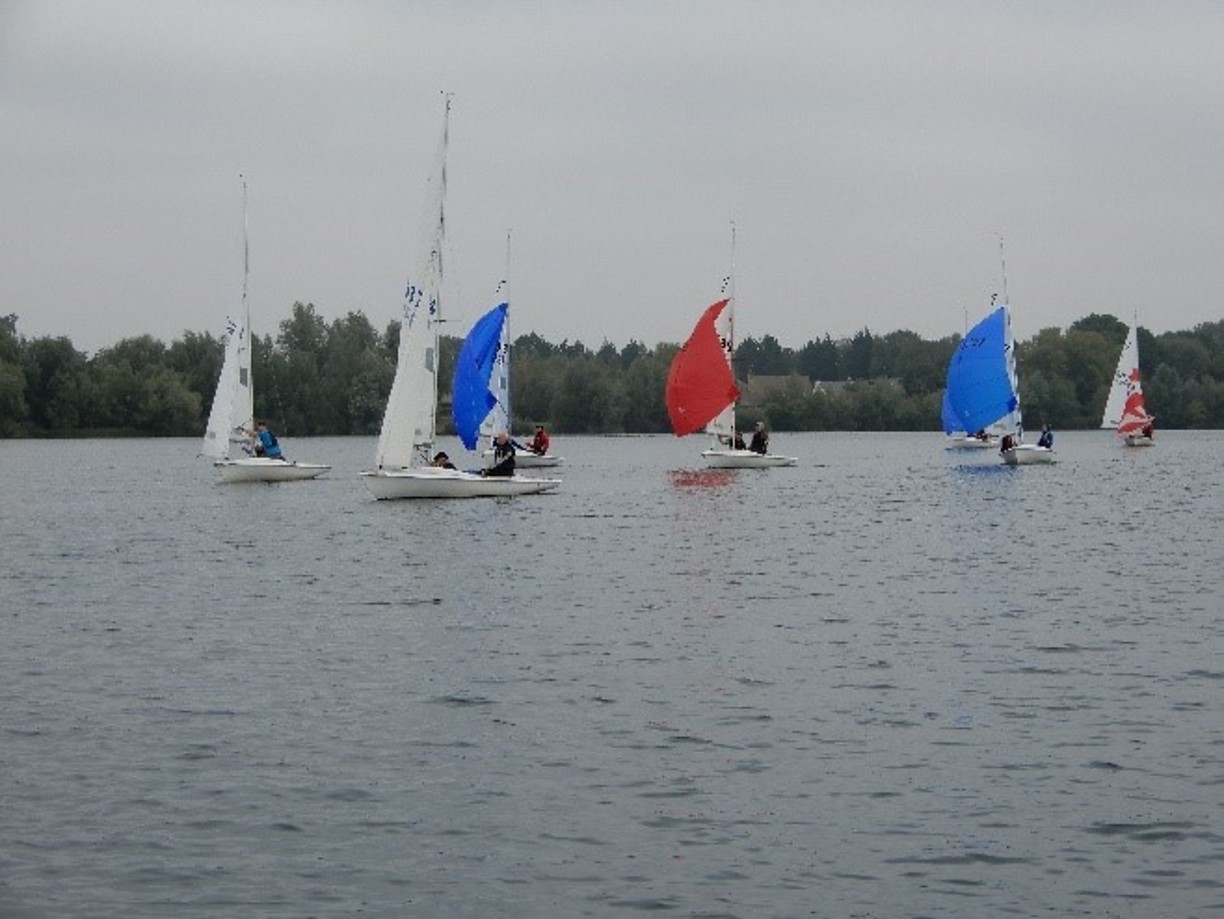 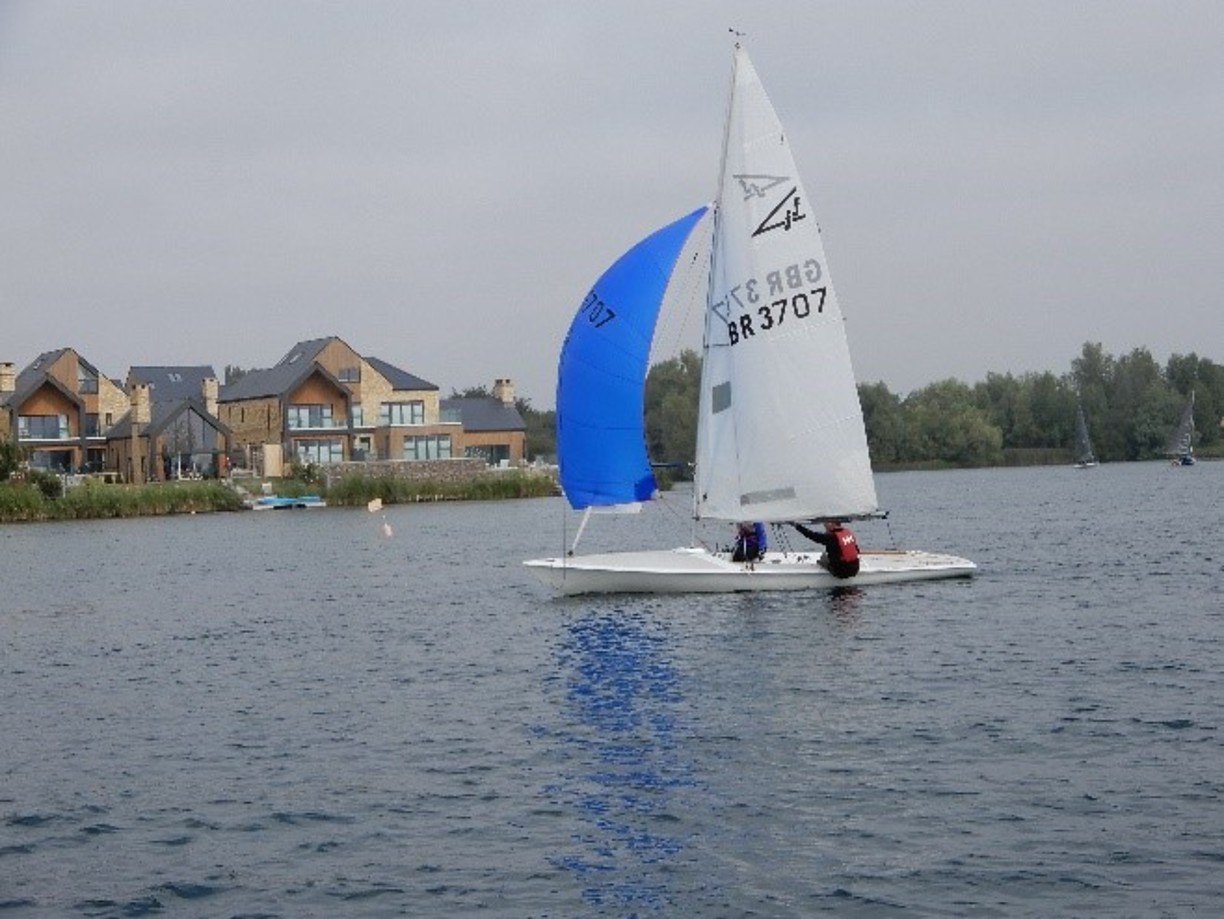 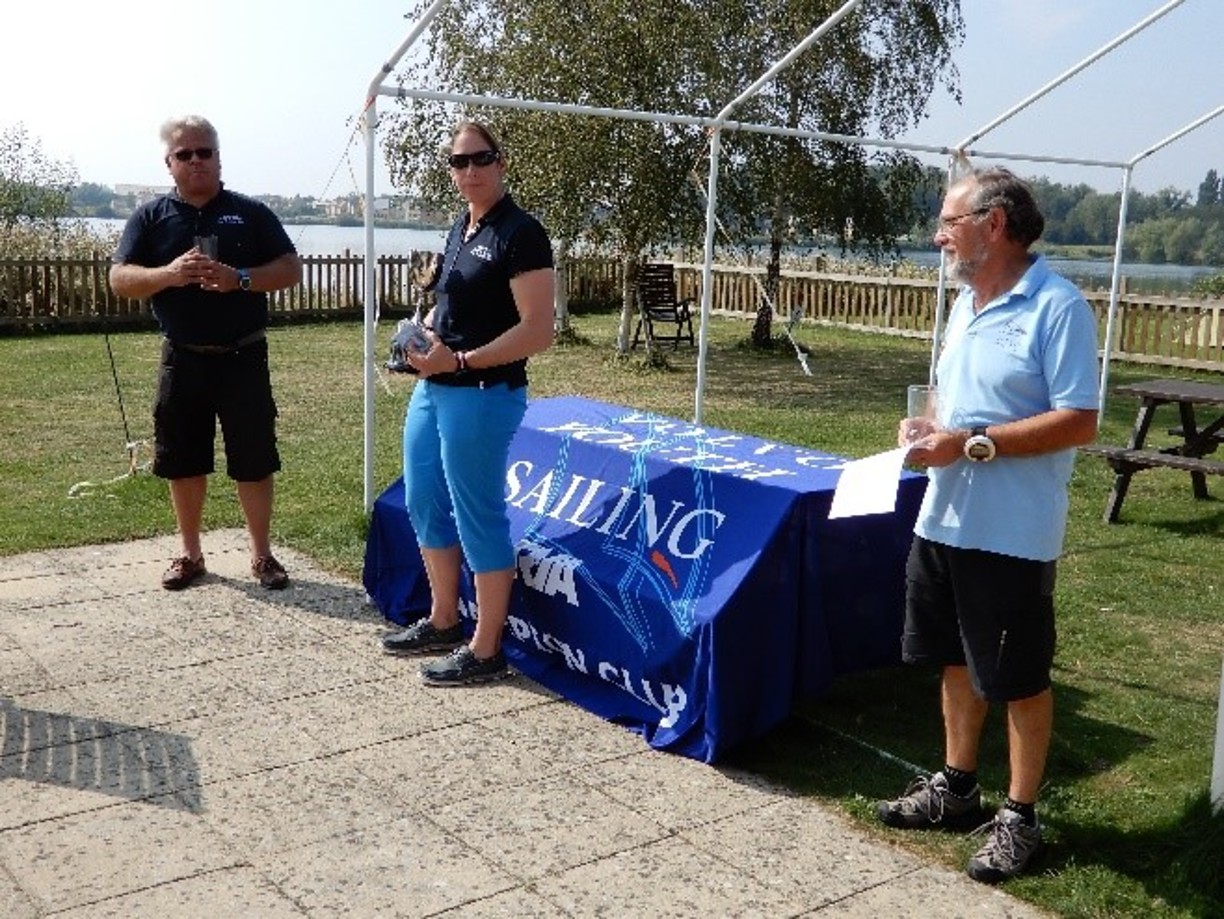 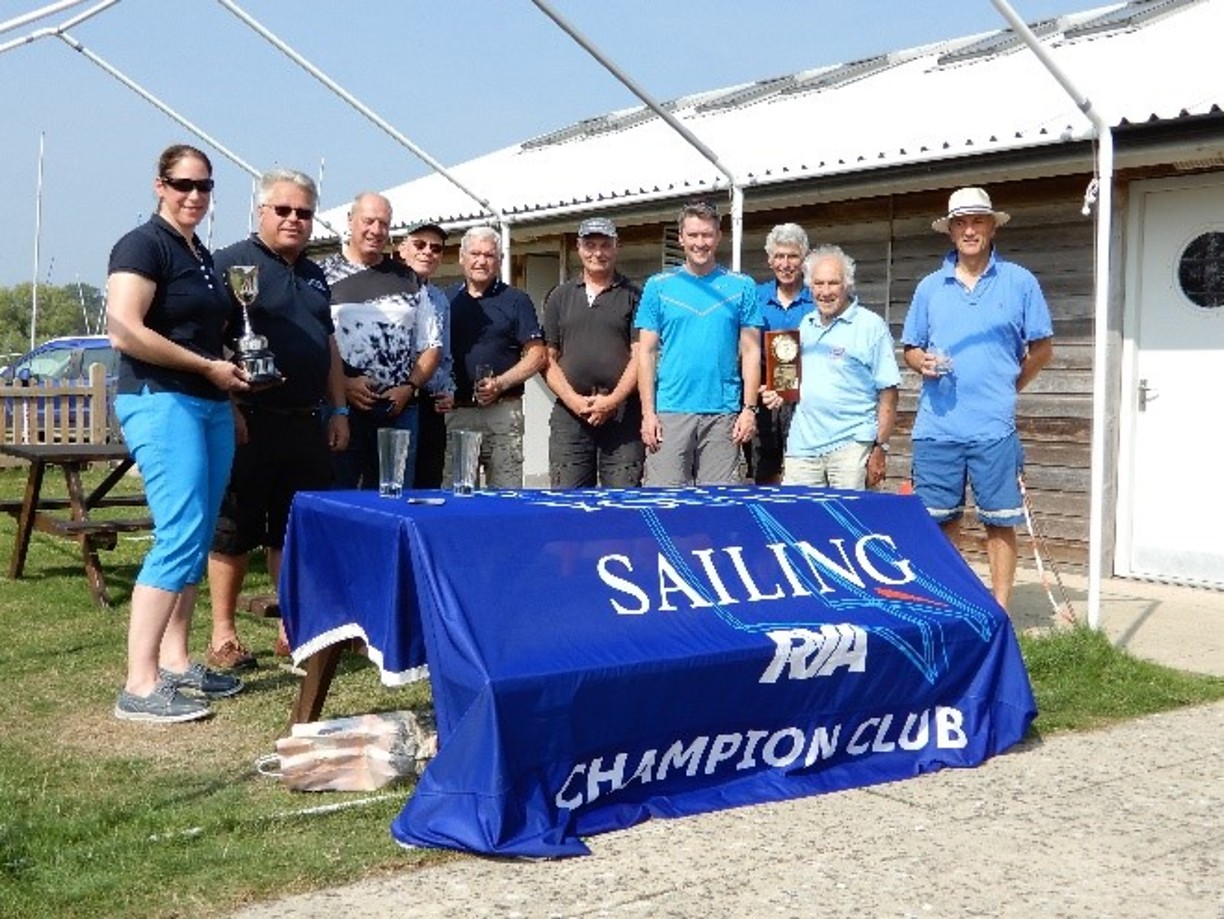