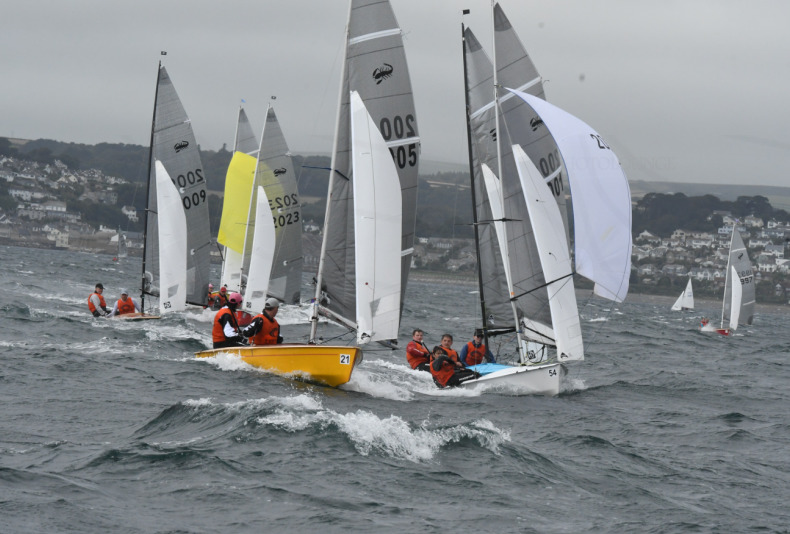 South Cerney SC sent five Scorpions to the 60th National Championships hosted by Penzance SC from 15 to 20 August 2021. This turnout reflects increased interest in the class both at a club and national level, with an entry list of 73 boats and 65 boats turning up to compete. The event was sponsored by Typhoon in association with Craftinsure and FFX Tools.

Conditions averaged 14-15 knots from a predominantly south-westerly direction with varying sea states and frequent squalls. The first two days (four races) were arguably the toughest for competitors with steady Force 5 winds and good waves making for fast off-wind legs. Gate starts were utilised for all races: a first for the class as far as any of the veterans can remember.

Al Sim crewed by brother Duncan in 2019 worked steadily up the fleet to finish in 30th place and take the Bronze fleet trophy at their first attempt. Richard Burton and Monty Hampton had two Top 20 results in 2001 before the transom failed and the boat had to be withdrawn: Monty already having demonstrated his impressive spinnaker handling skills to several of the leading crews! Emelia Hampton and Megan McMorris teamed up in the Scorpion Association's boat (1797) and sailed consistently around the challenging courses to finish a creditable 62nd overall (they also feature in one of the live interviews conducted by event PR during the week). Mick Inversi and Tim Hampton in 1821 had a run of bad luck and major gear failure which unfortunately resulted in them sailing the first two races only.

Malcolm James sailing 2011 with John Tailby (Notts. County SC) finished in 33rd place despite a bar-related injury which prevented the pair competing on the final day. Undeterred, John and Monty teamed up to really put 2011 through her paces and showed just how fast the boat can go, winning the prize for the fastest 100 metres sprint by 1/10 second (no doubt helped by an all-up weight of <<115 kg - too light for a Scorpion by anyone's measure!).

Top spot for South Cerney SC goes to Emily Cole~Evans who crewed Tom Lonsdale of West Oxfordshire SC in the P&B works boat (2042). They notched up a string of Top 10 places to finish 10th overall. Well done Emily and an awesome achievement on only your third competitive Scorpion outing! Drinks are definitely on you ...

The overall results, list of prize winners and daily race reports can be found on the National Scorpion Class Association website: 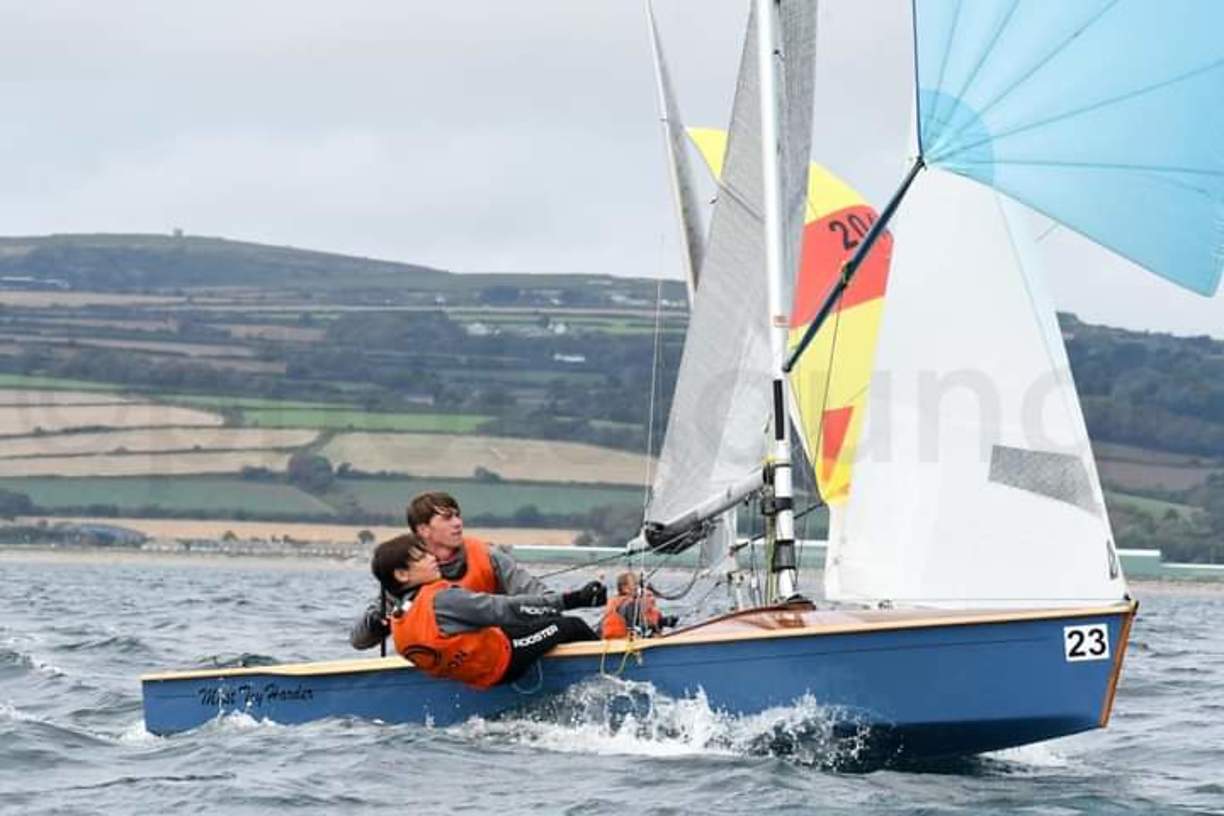 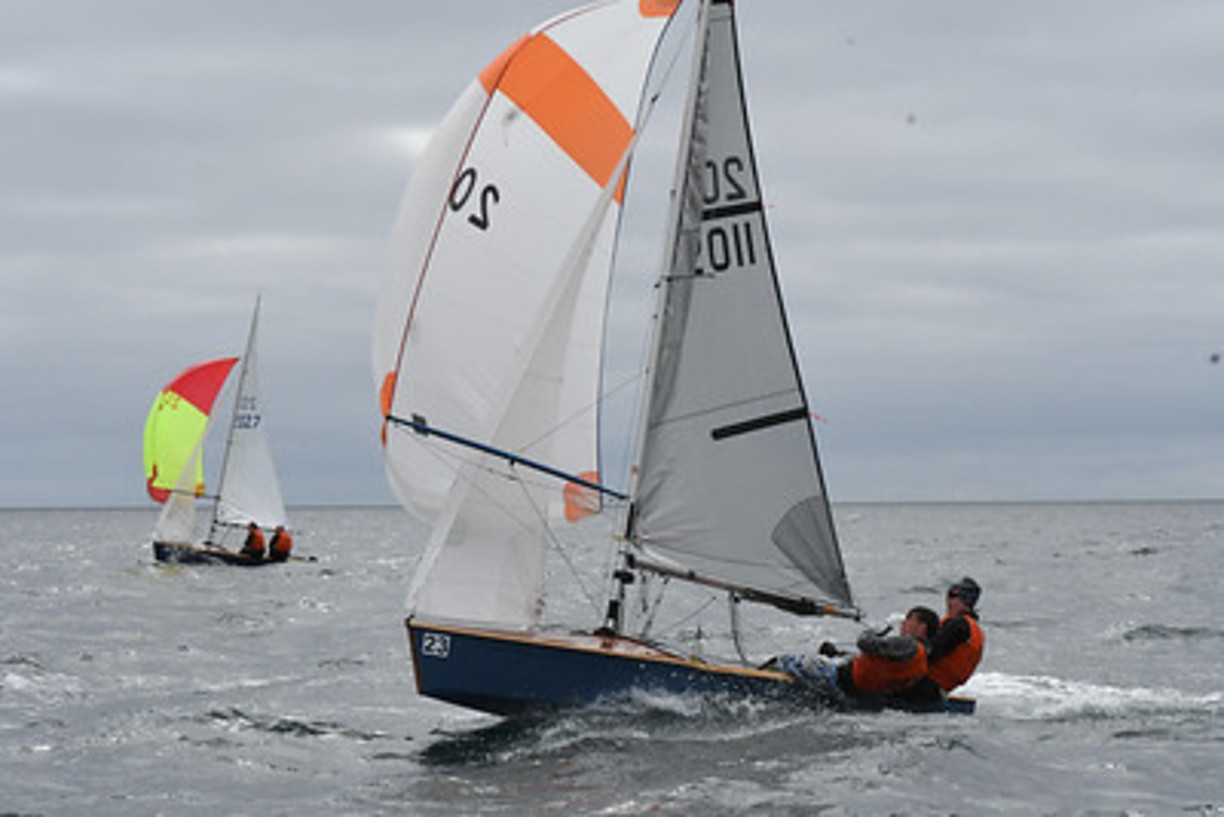 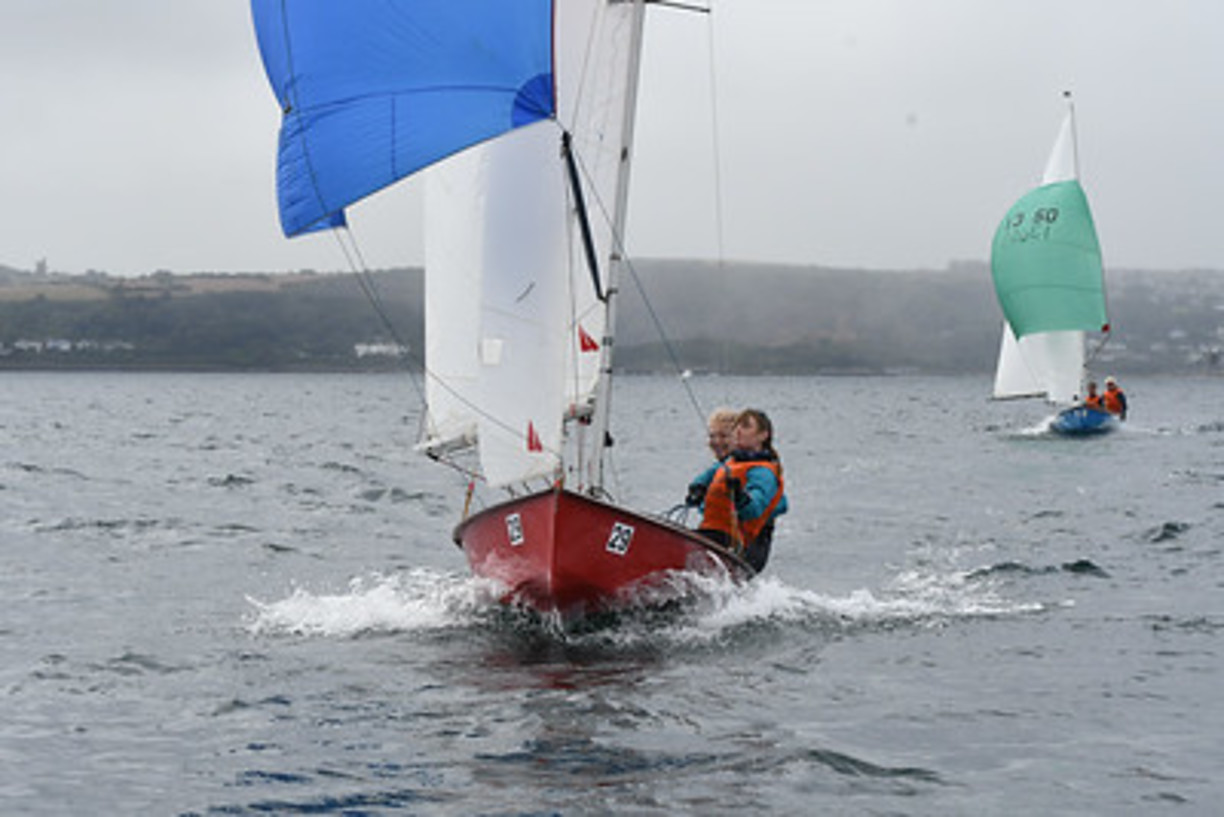 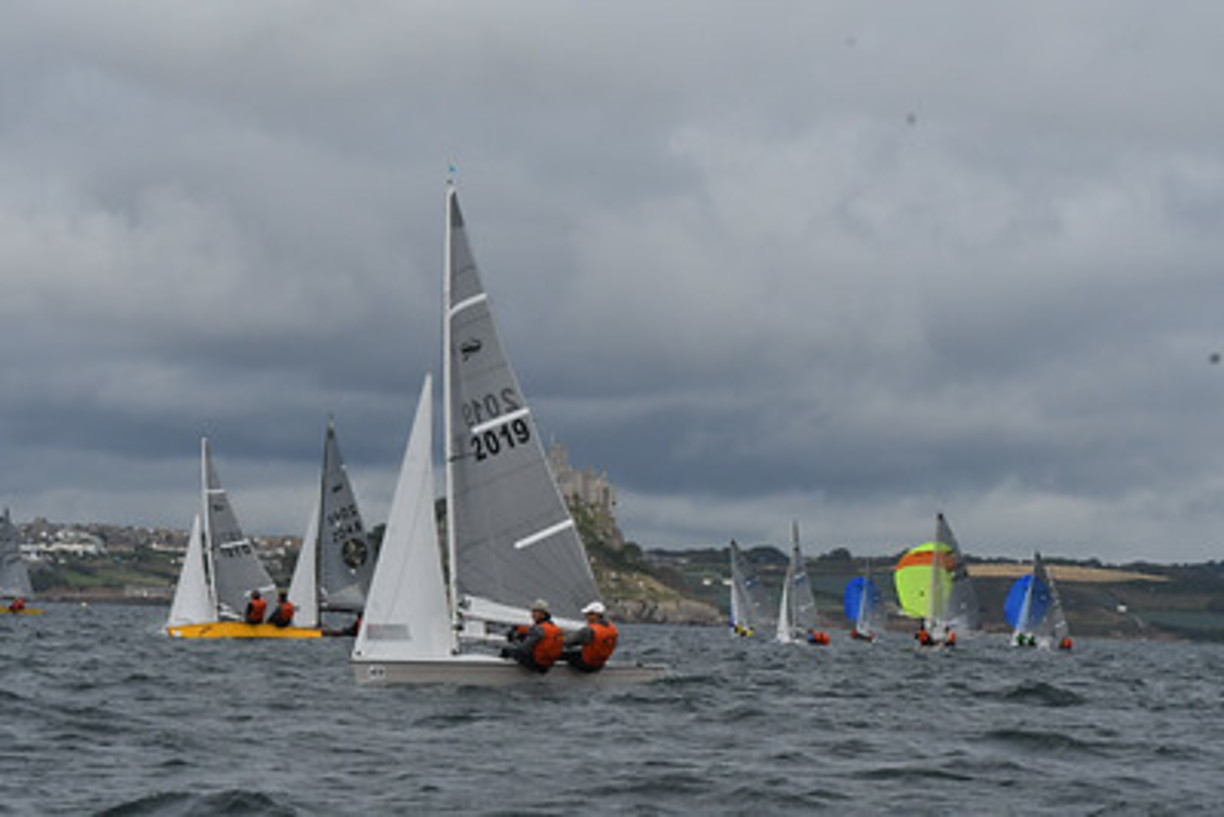