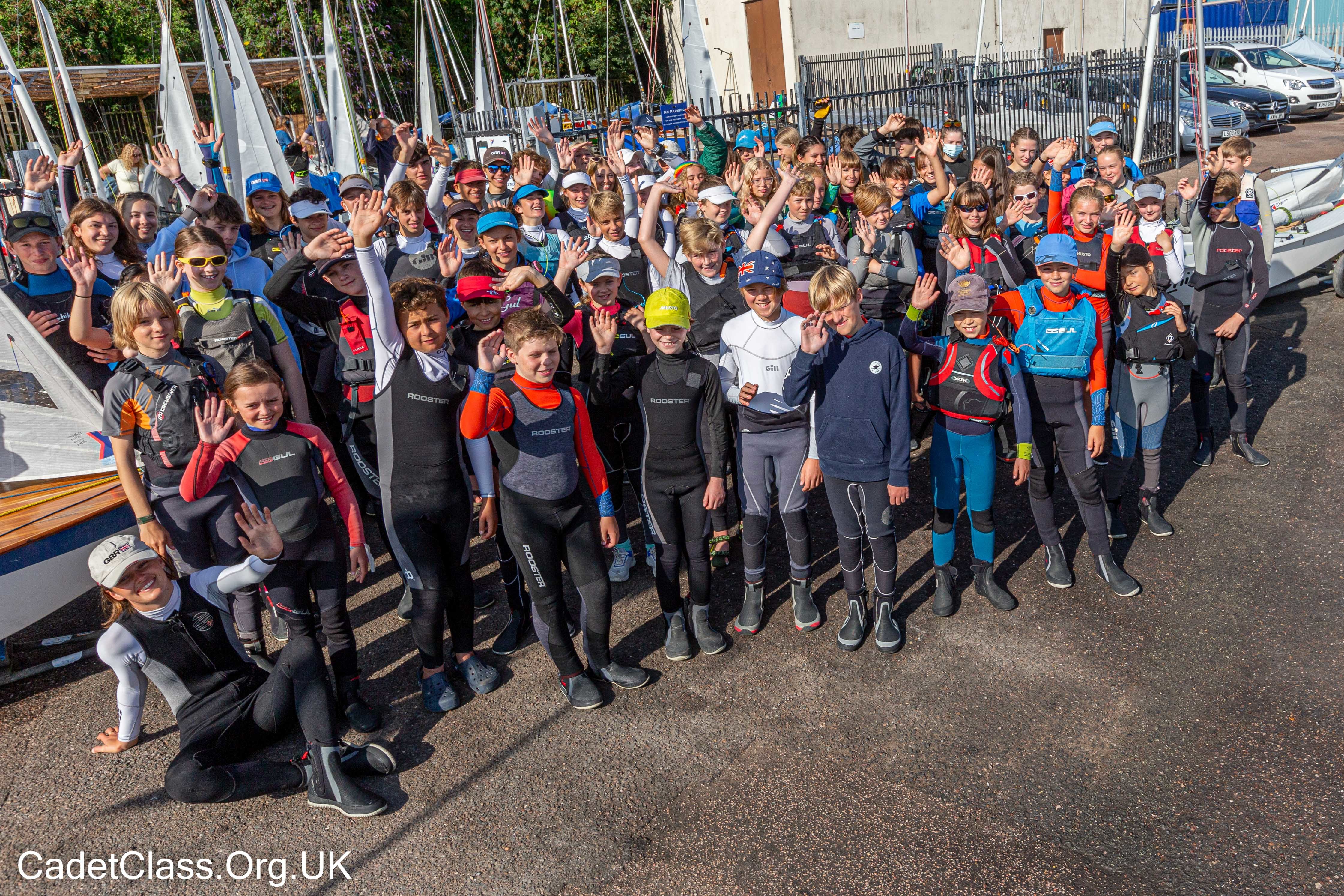 Laid out before us these last few weeks has been the limitless breadth of experience that sailing and water sports can bring to our famillies. Our young sailors from eight to seventeen have paddleboarded around the lake at sunset and battled force 8 winds in Mounts Bay. They've coached and competed. They've laughed heartily, and cried bitterly. Some have taken their first tentative grip of a tiller, others have aged out of their class as capable sailors with thousands of hours and nautical miles under their belt; with the abilities, confidence and qualifications to move on to new classes and different roles.

We kicked off the summer with a delayed Cadet Open, the usual June weekend traded in for three days of racing spread over a relaxed four days. Fickle winds caused the parents' racing to be shelved to allow time for the full series and nil wind on the final day meant that an armada of SUPs was called upon for entertainment. On land there were handmade pizzas from the visiting chef and an already distinctly Italian flavour was embellished with prosecco tasting and a themed supper. We never made it to the Worlds in Riva del Garda. Riva del Cerney was just as fun.

The very next week saw a beautifully laid back camp and an opportunity for the newer sailors to spend many hours afloat building up confidence and competence on the water. In the evenings, SUPs, BBQs and films created a backdrop for parental indolence. Then came mid- August, the time for a hefty fleet of Scorpions to meet up for the national championships in Penzance. Three cadet sailors joined four Cerney boats to beat hard in lumpy swell and career downwind in planing conditions of which we lake sailors can only dream.

And finally a return to Brixham for the 2021 Cadet Nationals - a week of hard fought racing, of enormous waves, of beach parties, of hospitality and decent beer, and in the background the annual blooming of sentimentality as the oldest sailors edged towards launch in their last cadet race.

There have, of course, been highlights. Liv McMorris and Phoebe Millar, often the best starters in the combined starts and dominating the line, won all but one of the regatta fleet races in Brixham. Monty Hampton (with Tom Stoddart from Frensham) took two firsts and two seconds in the silver fleet to come third in silver and best under 14 helm. Megan McMorris and Toby Davidson were on the attack all week, frequently in the lead pack and finished seventh in silver fleet. Annie Power, switching and swapping with Daisy Adams from Waldringfield, took best U13 helm. Ava Roberts snagged a bullet with Jack Dingwall from Rickmansworth and while Emilia, Ethan, Jemima and Thomas took no honours they were excellent representatives of the club, a deep pleasure to watch and always in the mix.

Working back to the Cerney Open, Liv started her run early, taking first timer Coco Ewing out for three bullets and first overall in regatta, just one point ahead of Charles Barret and Alex. Sibling rivalry, never far from the surface, may have been the driving force for Emilia Hampton with Jemima McMorris to beat Monty Hampton with Wilf Kingsnorth by one point to take eighth and ninth respectively. Not exactly clear blue water between them but it's the first time in three events that these two haven't resorted to countback.

The cadet sailors have been the focus of and the reason behind this roadshow of events and the gargantuan effort of feeding and entertaining a club full of 120 sailors, parents and visitors over four days is no trivial entry fee to watch your children race. For this effort, we thank everyone of you involved, in the Open, on camp and on the road. During this time and the preceding rounds we've made lifelong friends, travelled to some amazing sailing venues and laughed until we cried. And just in case you think it's all roses - we will always have Thorpe Bay.

Yachts & Yachting have full coverage of the 2021 Cadet Nationals here. 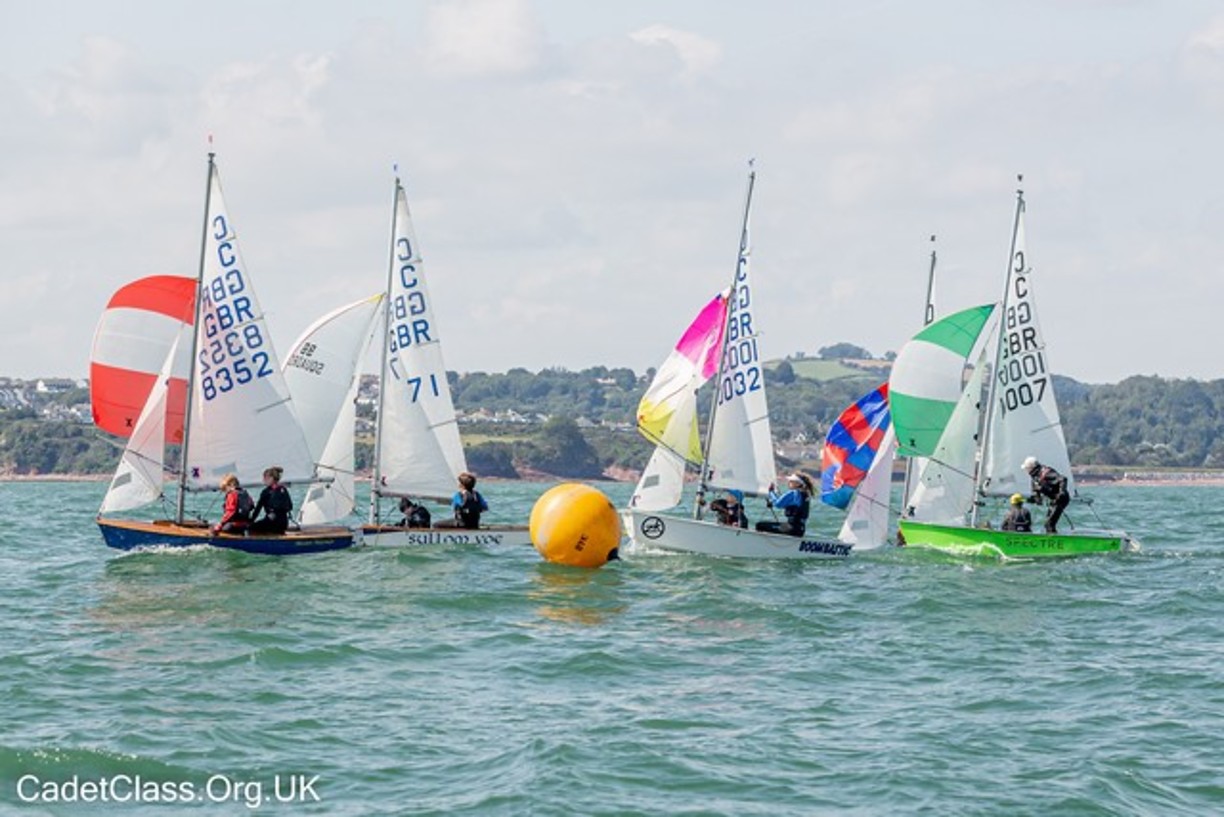 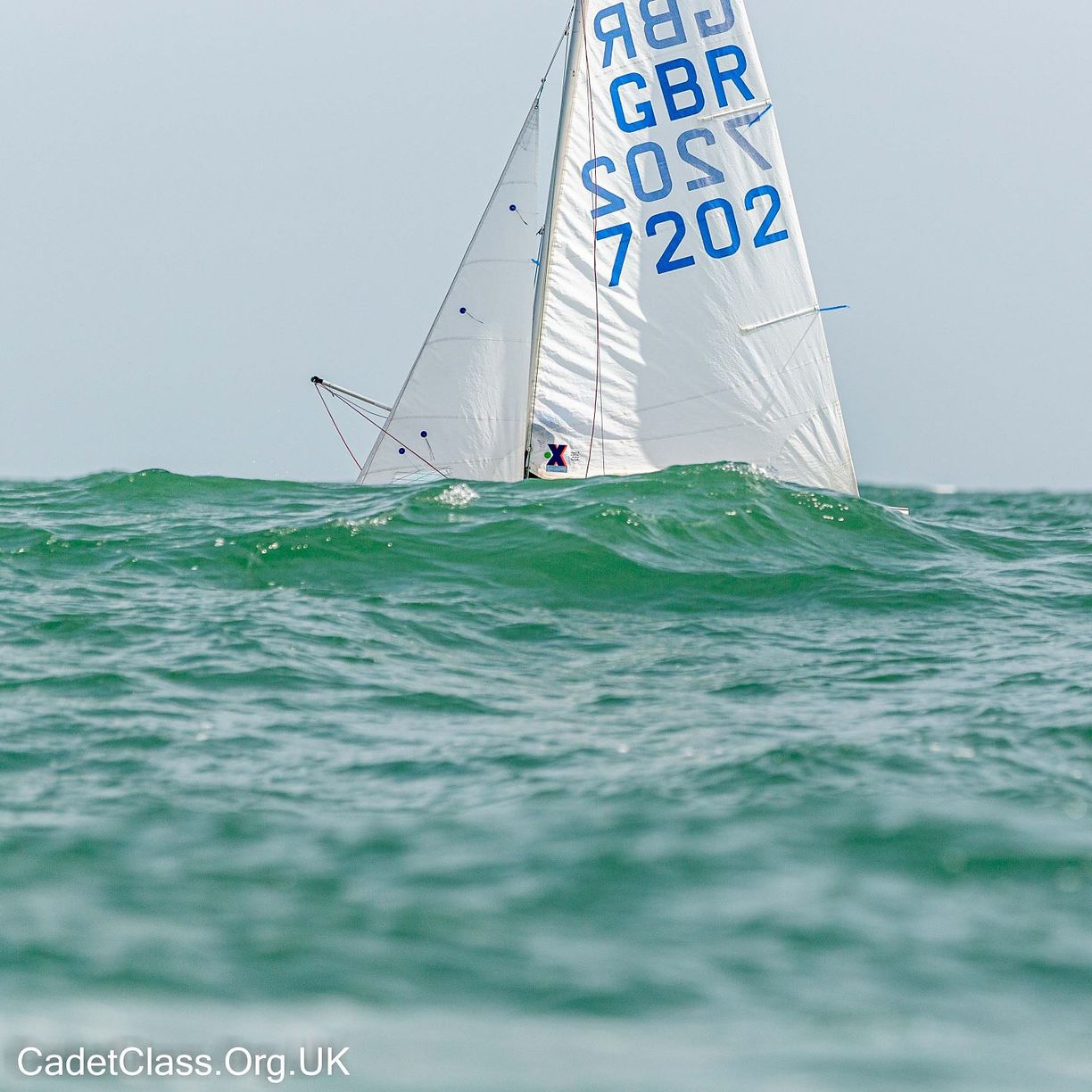 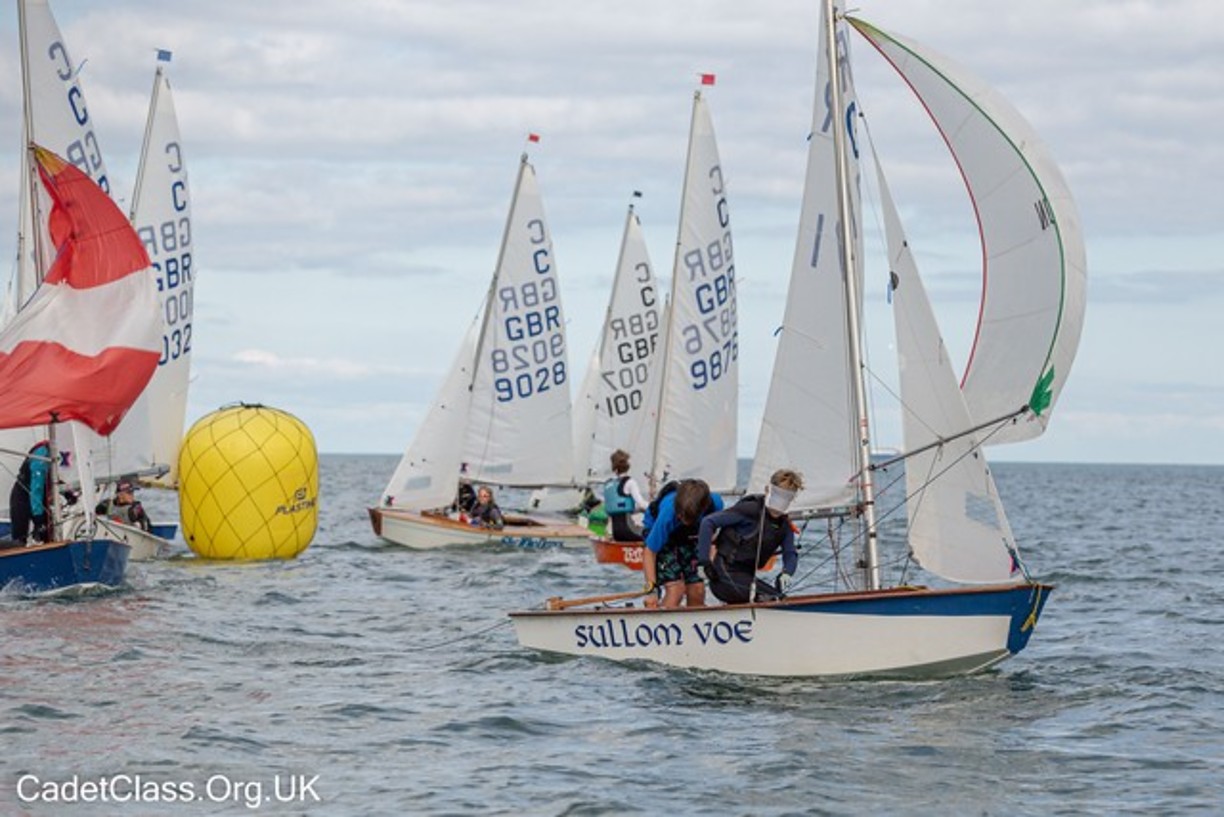 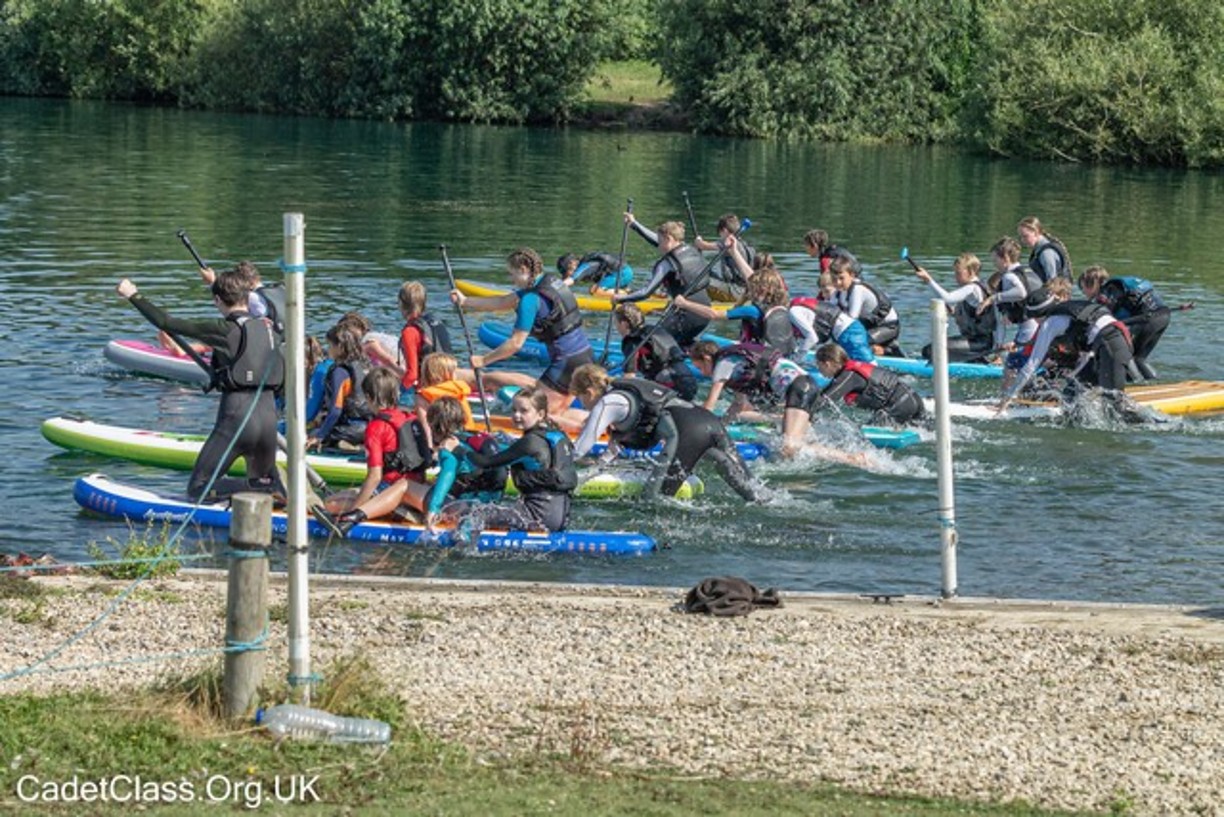 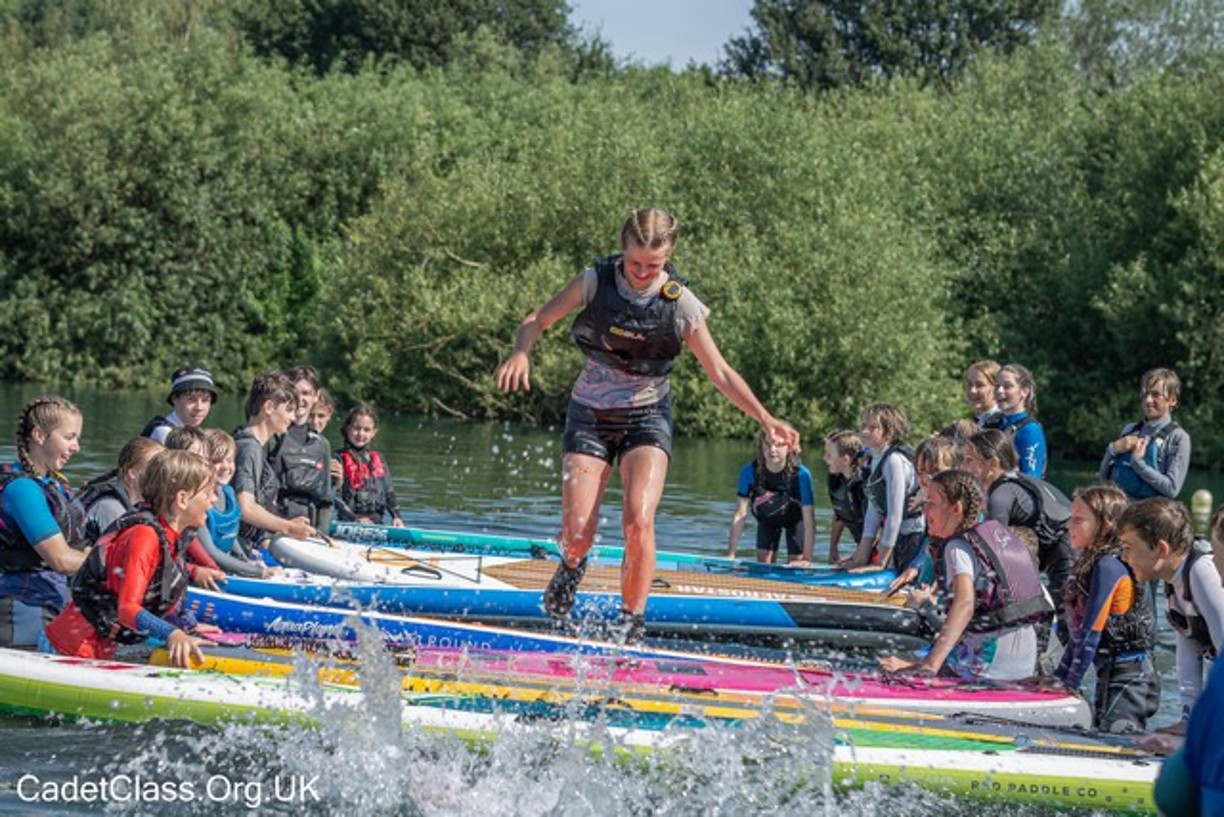 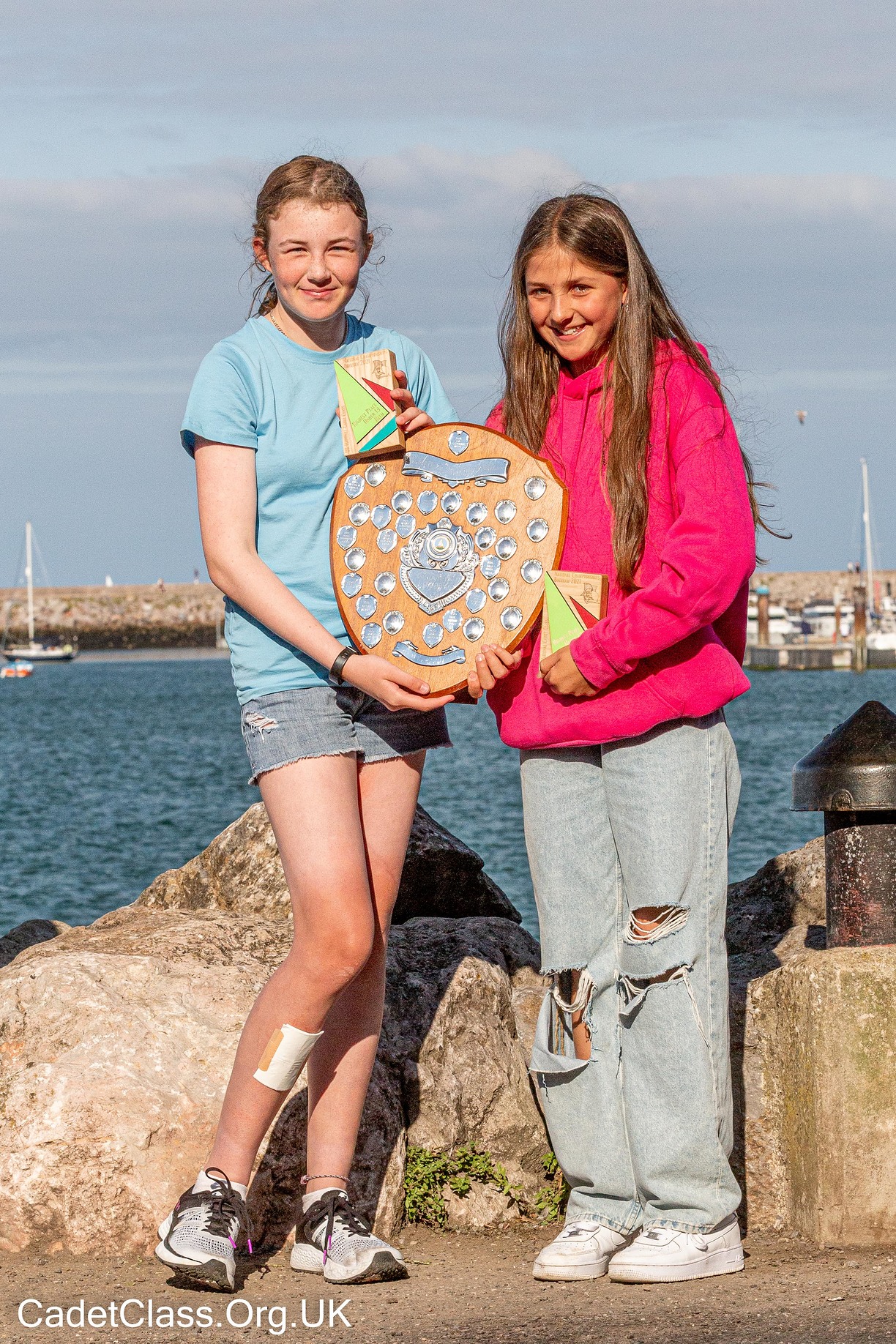